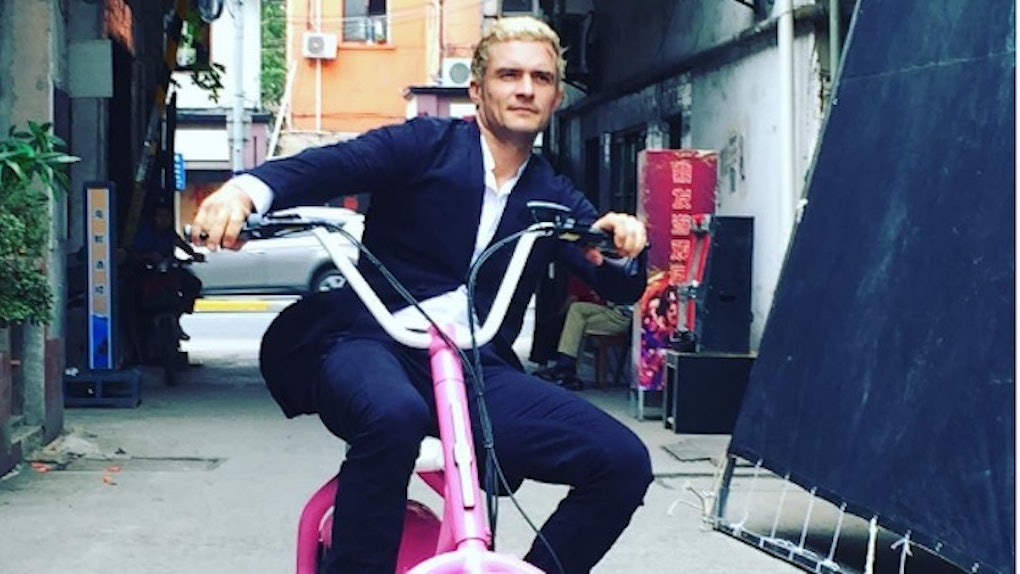 Legolas is back, and he's got something better than a smelly horse to ride his elf ass on: a badass pink motorcycle.

We recently reported how Orlando Bloom had an Instagram account for over a friggin' year before finally making it public for every one to see.

Sure, we got to see his man bits while paddling, but this artistic (and extremely weird) Instagram post of a severed doll head?

You just had to keep this out of the public's eyes, Orlando.

As if the news about his Instagram account could not get any better for the Orlando fandom, Orlando posted a picture of himself with blonde hair (roughly the same blonde color as that creepy doll's hair).

Look, he's riding a pink motorcycle, too! This blonde is officially pretty in pink.

While it's not certain, the set he's referring to might be the one for "Smart Chase: Fire and Earth," according to People.

Regardless, his new blonde hairstyle is pure fire.

Way to #TBT to your "Lord of the Rings" days on a Friday, Orlando! We love it!