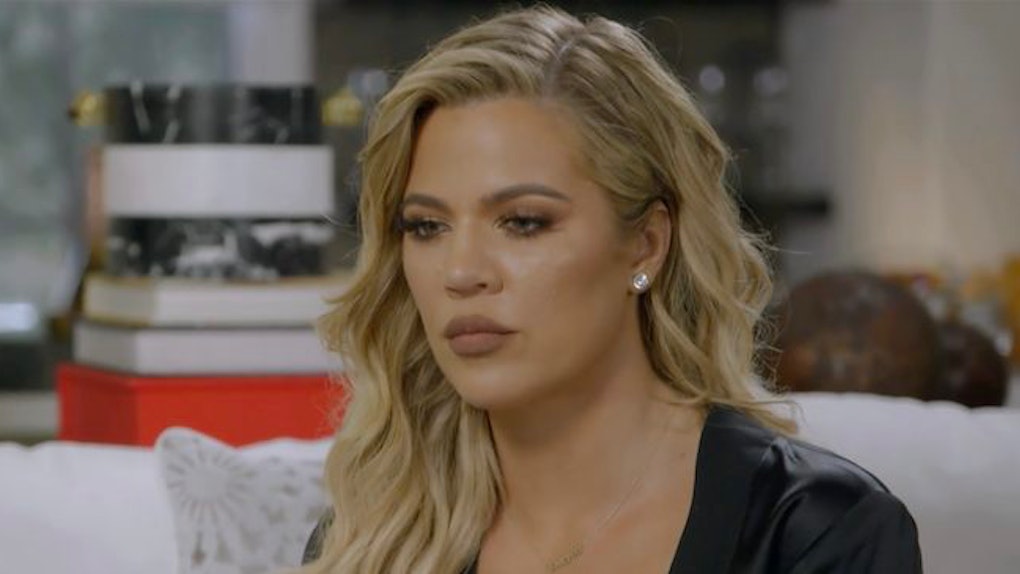 People found a way to drag Khloé Kardashian into O.J. Simpson's latest parole hearing which ultimately resulted in him being released from prison on Thursday.

During the hearing, one of Simpson's daughters stepped up to take the stand. This led to Twitter bring up the age-old joke about Khloé Kardashian being his kid and not Rob Kardashian, Sr.'s.

The short story is: Rob Kardashian and Kris Jenner were once married. The Kardashian dad was also a part of O.J. Simpson's defense team in his murder trial, in which he was accused and later acquitted of murdering his then wife, Nicole Simpson.

Nicole was Kris Jenner's friend, according to statements she made in an ABC news special.

But people somehow believe Kris Jenner and O.J. Simpson had some sort of rendezvous, and that Khloé Kardashian is actually his child and not Rob Sr.'s.

Basically, we needed a Keeping Up With The Kardashians on E! long before we actually got one.

And this is why people are having a field day with dragging Khloé into the mess so many years later.

These tweets, particularly the ones that directly mention Khloé's handle on Twitter, are insensitive and invasive for both Khloé and her mother, Kris. The primary reason is that there is no proof to back up that O.J. Simpson is Khloé's biological father, and moreover, Robert Kardashian is now deceased.

Khloé Kardashian did take a DNA test with her mom, Kris Jenner, on Season 7 of Keeping Up With The Kardashians. Of course, the test proved that Khloé is Kris's daughter, although no one was contesting that portion of her heritage.

Still, the taking of the test shows that these very personal concerns have at least some sort of effect on Khloé and it's not right to take advantage of that for the purpose of Twitter fun.

Even if there might be some speculation within the Kardashian and Jenner family, it's clear they have decided not to discuss the situation publicly. People are using jokes to poke at old wounds they have no business touching.

Additionally, who says Khloé wants to be associated with all of the negative press that has surrounded O.J. Simpson since the '90s?

Bringing her into such a negative situation wouldn't be the most pleasant way to make an alleged "father" and "daughter" reconnect anyway, which shows that people are actually less concerned about the reality star "knowing her real father" and more into playing up drama.

Family dynamics can be complicated and even hurtful. Taunting someone in a public space about theirs is bullying.

It's no one else's business.