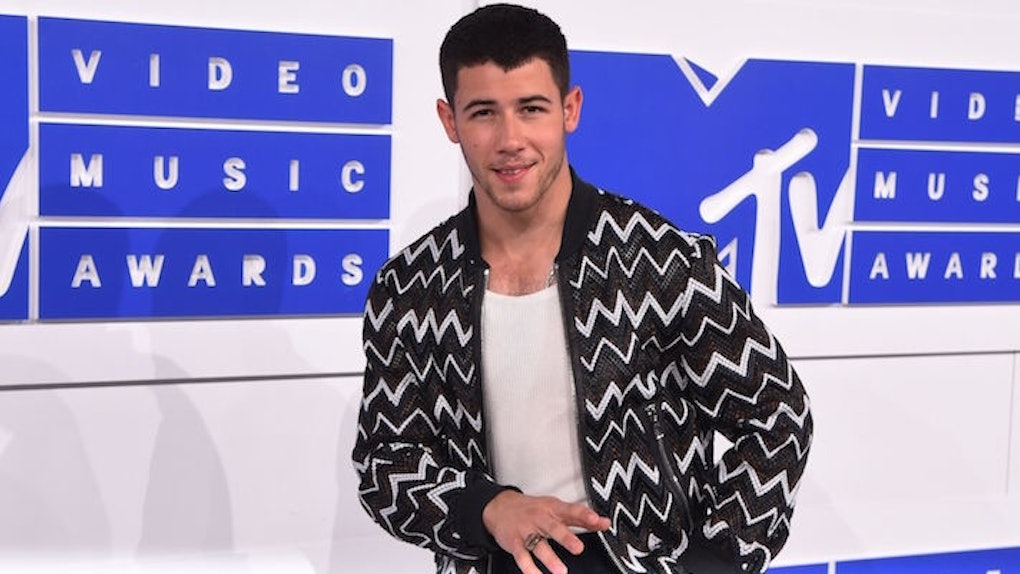 Nick Jonas Made Everyone's Day By Posting A Shirtless Pic

Nick Jonas Snapchatted a picture of himself without a shirt on today.

Before you get all giddy, let me warn you: This photo will turn you into a puddle of sweat and hormones. Seriously, this picture could end wars and bring about world peace if someone was able to harness its raw power.

For all the good this thing could do, it is also able to stir up a lot of evil. Once you see this picture you'll likely lose control of whatever your body chooses to do next, good or bad. Think of it like the ark from “Raiders of The Lost Ark.”

Can I ask a serious question? When in the hell did Nick Jonas become such a smokeshow?

The Jonas Brothers were always a cute franchise but they were never this HOYT. At what point did he make his way from a beautiful dough ball to a stone-cold beef slab?

Think of the difference between Nick and Zac Efron. Zac has always been a muscley hot man. He's never not had a six pack to compensate for his graham cracker personality. Nick Jonas was the exact opposite. He was adorable but never someone you'd lose your mind over.

This is him today.

Plus, he's got the trouser game to back up that insane torso.

Nick Jonas either sold his soul to the devil to become a sex god or just somehow hit the DNA jackpot in his family -- either way, Daddy like!