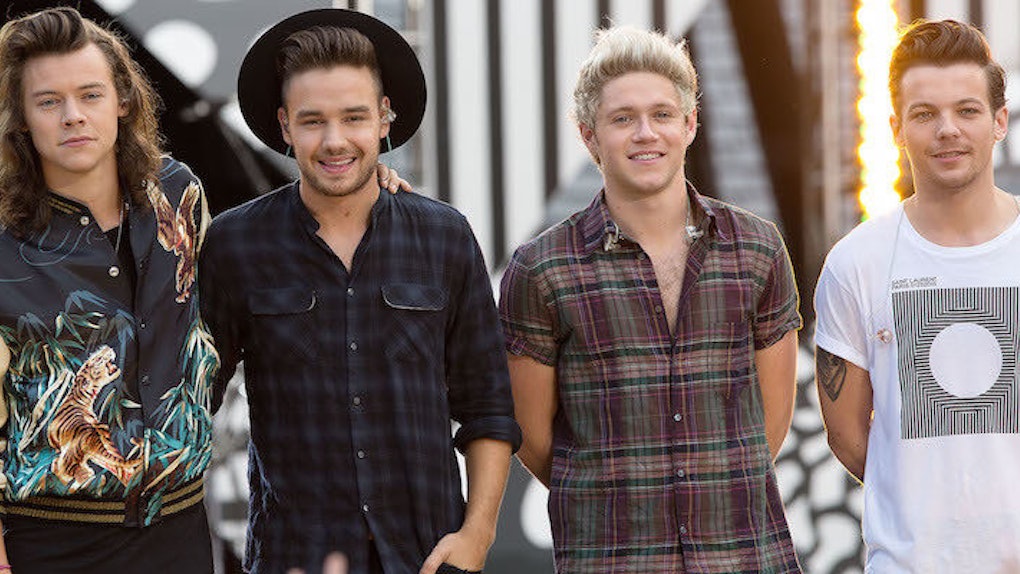 Niall Horan Says One Direction 'Will Be Back'

Count on Niall Horan to fold like a napkin and divulge all of One Direction's reunion plans.

If this sounds like an insult, it only partially is, because this info is vital, and we're thrilled to hear it.

While walking a red carpet in Los Angeles this week, the solo artist told the Sunday People the boys of 1D are “enjoying” their time off, but will certainly be back in some form.

We will back. We would be silly not to… ridiculous… At the moment we are all doing our own thing. Harry wanted to do his movie and everyone is just chilling.

The 23-year-old failed to mention whether the reunion would include all five original members, but the odds Zayn Malik returns are puh-retty slim considering the terms under which he left.

A year before the British boy band went on hiatus, Zayn left the group. In March of 2015, the singer issued a statement to fans, telling them,

My life with One Direction has been more than I could ever have imagined. But, after five years, I feel like it is now the right time for me to leave the band. I'd like to apologize to the fans if I've let anyone down, but I have to do what feels right.

A mere four months after leaving the group, Zayn inked a solo deal with RCA and announced he'd finally be making “#realmusic.”

This summer, with several solo singles behind him, Zayn revealed in an interview with Glamour he was inspired to leave the band after an alien spoke to him in a dream.

Regardless of whether Zayn keeps his distance, it's reassuring to know Niall will once again join Harry Styles, Louis Tomlinson and Liam Payne (I know, that last one took some crowdsourcing to recall) to bring us the sweet 1D sound we've missed all year.

I don't think anyone needs to worry about us. We are fine.

Citations: 'WE WILL BE BACK' Niall Horan confirms One Direction WILL make a comeback and says it would be 'ridiculous' not to (The Sun)