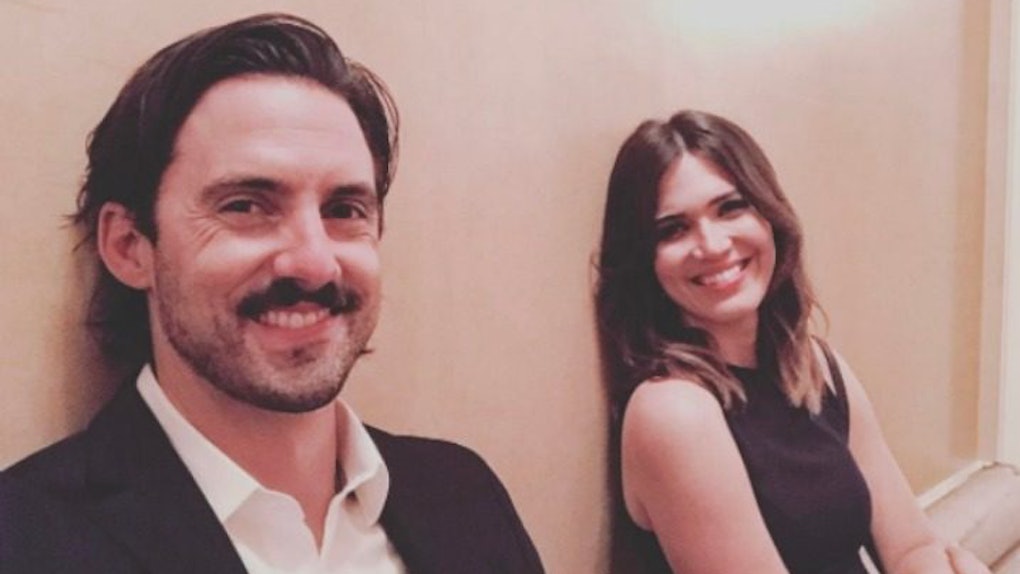 If you weren't Team Jess before, you might want to reconsider your position...

Milo Ventimiglia has no problem admitting he knows how to please a woman. The "This Is Us" star stopped by Bevy Smith's SiriusXM radio show to give fans some of the more... intimate details about his status as sex symbol.

Turns out, Ventimiglia doesn't just have the face and body of a god, but he's also got that deep, unconditional love thing down. When Bevy speculated the "Gilmore Girls" star is probably a "magnificent lover," he happily agreed right away, saying,

Well, hello! For all the millions of viewers who have already fallen for Milo either as the big-hearted father Jack Pearson on "This Is Us" or as rebellious-teen-turned-voice-of-reason Jess Mariano on "Gilmore Girls," this will be a verryyy welcome new little bit of info.

And it sounds like it's not only the viewers who are falling for Milo, but his on-screen wife Mandy Moore, too!

Moore has been gushing about Milo ever chance she gets, even recently admitting that after raising three TV kids with the leading man, she's ready to have some kids of her own.

And let's not forget this very enthusiastic quote she gave to Entertainment Tonight about Milo a month ago:

He's such a special guy, it's really not hard to have to just love him. I feel very safe. I feel very, like, protected with him... I've never really felt that with somebody I've worked with before.

Now, I'm not saying they're going to start dating, but Mandy Moore is on the market for the first time in nearly a decade after her divorce from Ryan Adams was recently finalized, and Milo Ventimiglia's last rumored romance was about six years ago with Jaimie Alexander.

And on top of that, let's add in Milo has a history of dating his female co-stars. He dated Alexis Bledel while they were co-starring on "Gilmore Girls," and Hayden Panettiere while they were battling side-by-side to save the world on "Heroes."

Something tells me a Milo-Mandy romance may very well be in the near future.

Check out Milo Ventimiglia's full interview, where he also talks about how he handles angry husbands who tell him their wives are in love with him, below.

Citations: 'This Is Us' Star Milo Ventimiglia Talks Being a 'Magnificent Lover': 'I Love Very Deeply' (Entertainment Tonight)