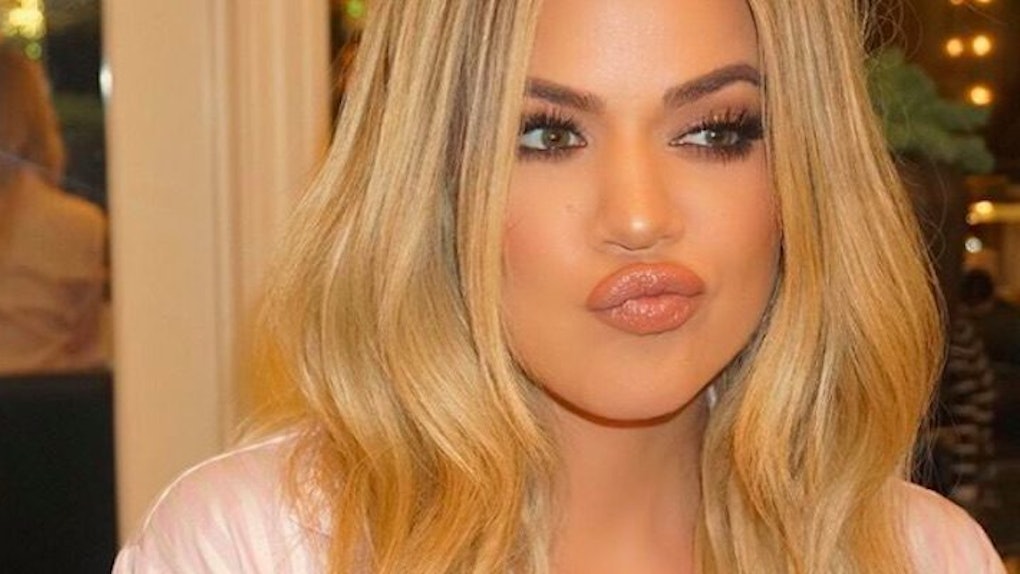 How Middle Child Syndrome Made Khloé Kardashian The Best Kardashian

In the third episode of season 10 of “Keeping Up With The Kardashians,” momma Kris is faced with the decision of who to choose as the executor of her will.

Choosing which member of the Kardashian family to trust to make life-or-death decisions on your behalf should something seriously incapacitate you probably feels a lot like choosing which wet paper towel to use as a parachute when your commercial airliner catches fire.

Kris takes an entire fucking episode to make the obvious choice the rest of us had been screaming at the screen from the beginning: Khloé.

Khloé Kardashian, for all her overblown, televised dramatics, has long been the voice of the everyman on a show whose protagonist once compared her potential future artificial insemination to the immaculate conception.

KoKo is everyone's favorite Kardashian, be it outright or guiltily.

She's the one whose hot take on family drama we come to hear. She's the one who won't back down from a confrontation or shy away from calling out a painful truth. She's experienced enough loss and tragedy to know both wait for us all, regardless of how much wealth and influence we have.

In a 2012 Psychology Today article on the strengths of middle children, “The Secret Power of Middle Children,” co-author Katrin Schumann praised middle children's ability to argue, compromise and exercise patience.

Essentially, they have the tools to be “savvy, skillful manipulators” as well as nurturing caregivers.

They can see all sides of a question and are empathetic and judge reactions well… They are focused on fairness; they perceive injustice in their family and are attuned to the needs of others as they grow up.

When Kris selects Khloé as her executor, she tells her third child,

I think that you are the most nurturing person in the world. I realized that you're the only one who really can handle going through something like that.

If losing her father at a young age and, later, watching her marriage to Lamar Odom crumble weren't enough, Khloé also stood by her estranged husband as he recovered from a very near-fatal overdose.

These experiences could have slowed or halted Khloé's growth as an individual, stealing years of healthy interaction and joy from her life the way facing loss and tragedy did to her (also middle child) brother Rob.

Fortunately for Khloé, her time spent feeling overlooked as a middle child, without any perceived earning or exploitative potential in a family that values both, created an independent, resilient spirit within her.

Although middles are neglected, both by parents and researchers, they actually benefit from this in the long run. They become more independent, think outside the box, feel less pressure to conform, and are more empathetic.

Rob also lands somewhere in the middle of his five siblings, but potentially fell victim to the negative effects of isolation (think the years/“KUWTK” seasons he spent in hiding), which Schumann vaguely claimed make middles “not… so good" at functioning.

Additionally, she wrote older middles, like Khloé, tend to have higher self-esteem than younger middles, like Rob. Paired with a middle child's natural distaste for conflict, there's a chance middles with low self-esteem can find themselves being taken advantage of more frequently.

Middles can be taken advantage of by friends or co-workers—they are so trusting and cooperative and they can find it hard to say no.

Khloé's brand of middle child syndrome has molded her into a supportive, self-aware empath who is simultaneously unafraid to form her own authentic opinions, regardless of the status quo established by her highly influential family.

This Friday is National Middle Child Day. Before you head out and start your weekend partying, throw back a shot in honor of the indomitable spirit of Khloé Kardashian.