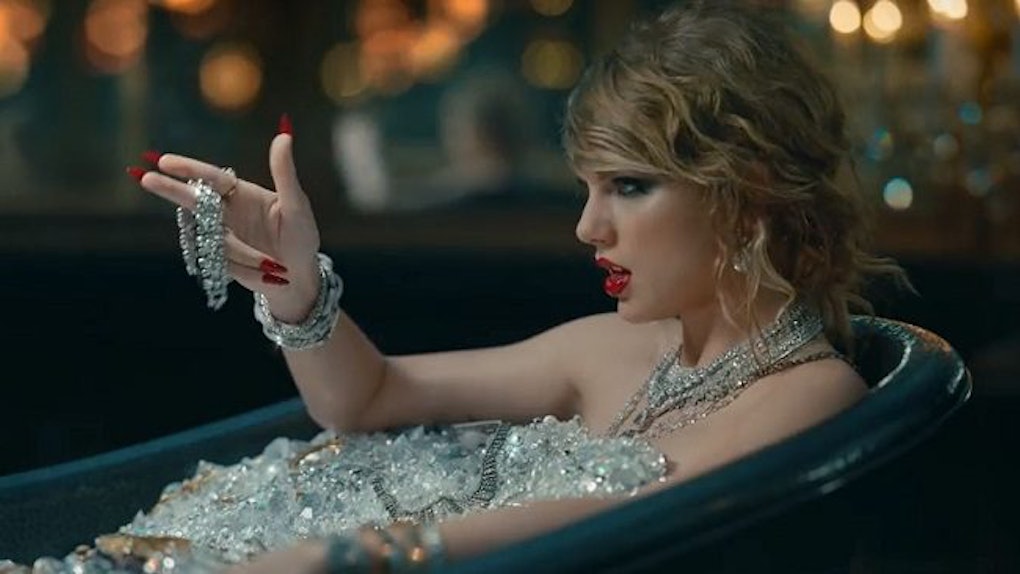 Twitter can be a truly magical place. It teaches us what national food day it is, which characters to care about on reality TV, and gives us #MondayMotivation. How could I live without Twitter? Probably a lot more productively. However, sometimes things happen that are so ridiculous, I can't justify them. For example, mean tweets about Taylor Swift may have gotten a user suspended.

The user, previously known as @themoodforluv, tweeted a decently good burn about Swift. I mean, it was pretty good, but not like total-savage good. She pointed out that Swift uses her famous feuds to make... all her records.

How could something that starts with "no offence" written by a person who didn't correctly spell "offense," be considered so harmful to T. Swift? Whatever the reason, it was damaging enough to get her suspended by Twitter. The worst part: There was no real explanation why.

I can only think that Taylor Swift's new DGAF attitude is rubbing off on her fans. The original post got over 35,000 retweets. People are thinking that Swifty fans started mass reporting the tweet after it was picking up traction — which led to the account being suspended. @themoodforluv started tweeting from an alternate account to bring attention to the suspension. She went right to the top and tweeted at Twitter's Trust and Safety head, Del Harvey. She openly questioned the ban and shared the message that didn't even remotely explain whey she was suspended.

Your account was suspended because it was found to be violating the Twitter Rules ... specifically our rules around participating in targeted abuse. Your account will not be restored.

Honestly, it all seems very unfair — Swift wasn't even tagged in the post. The woman behind @themoodforluv told Buzzfeed,

I had Taylor fans in my mentions for days, and I'm assuming they're the ones who reported me because that's the only tweet of mine that got 'negative' backlash, even though most people agreed with me.

The response to this situation has been... mixed. The user has gotten a lot of hate from Swift fans.

Many people, Swift fans or not, have also come to the user's defense.

I would say I'm a fan of Taylor Swift, and I do not find the original tweet offensive. However, I'm sure this Twitter saga will continue for what will feel like years. Can't we all just get along?