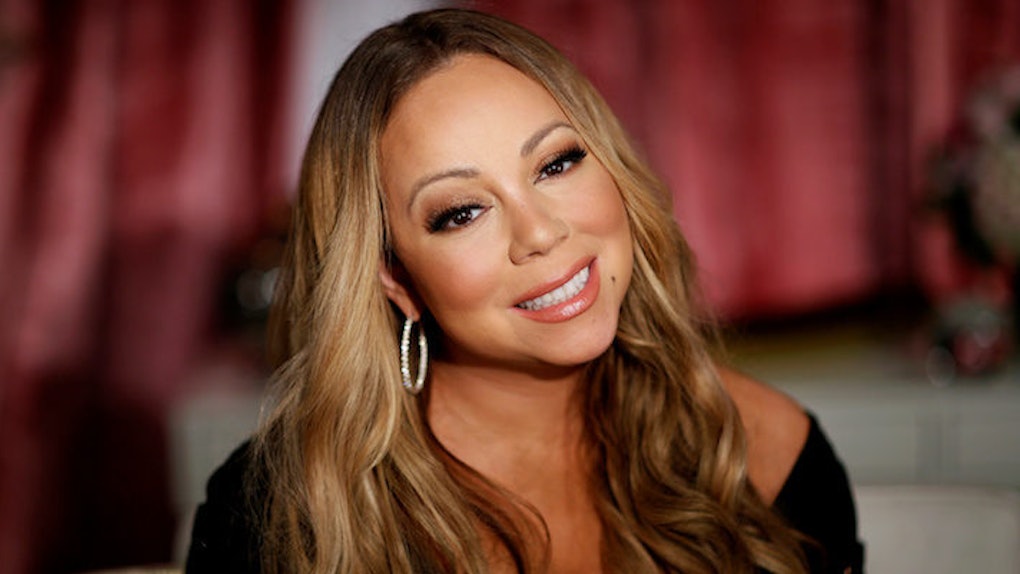 Mariah Carey Says She Eats Salmon And Capers Every Day

Mariah Carey is on an exclusively salmon and capers diet, because sure, why not?

I want to make sure I'm being clear here: Mariah doesn't just like salmon and capers a lot.

She isn't joking around like when your uncle says he's "on an all beer diet" and everyone at Thanksgiving laughs uncomfortably, trying not to think about the fact he's probably an alcoholic.

No, Mariah literally eats nothing but salmon and capers. Norwegian salmon, to be exact.

She said so herself in her recent interview with E!News.

When asked how she maintained her "hot bod," the 46-year-old responded,

It's really hard. My diet, you would hate it. All you eat is Norwegian salmon and capers every day. That's it. I'm actually serious.

I... I just have so many questions.

Or does she stagger it? Like, capers for breakfast and salmon for lunch, that kind of thing? Can the salmon and capers be on a bagel, or would the bagel violate the rules of the diet?

To be fair, Mariah did also say,

I try to stick with the proteins.

Maybe the diet actually just calls for protein, and Mariah Carey can't think of any other proteins beyond salmon and capers.

I really hope she only ate salmon and capers on Thanksgiving, too.

I mean, I think we can all admit Mariah, while undoubtedly forever a pop music legend, is pretty freakin' weird now.

Right? We can say that?

I mean she takes weird selfies and says weird things, it's fair to call her weird, correct?

So, sure, Mariah Carey only eats salmon and capers, and that's how she maintains her sexy figure. Honestly, that sounds about right.