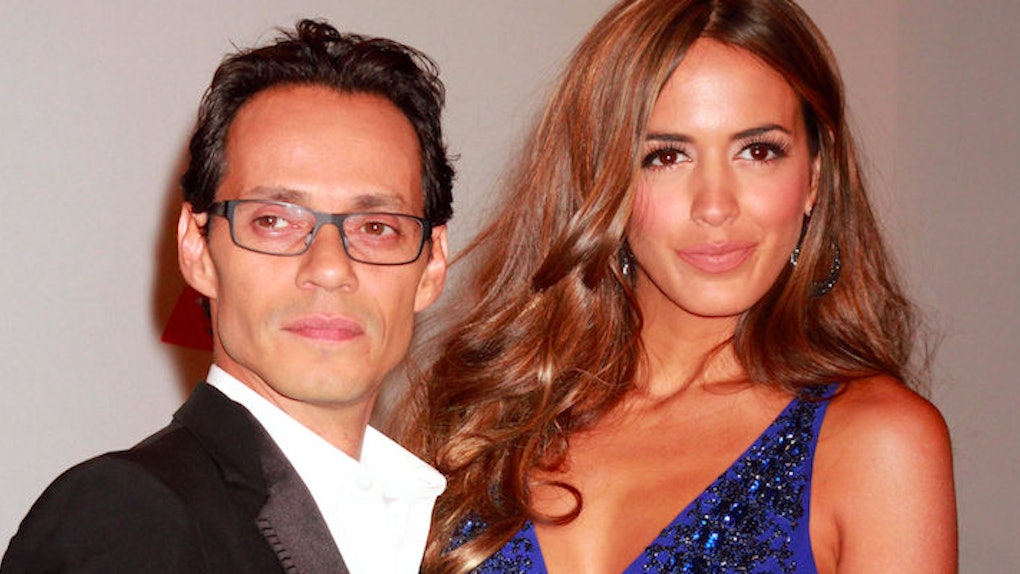 Marc Anthony And His Wife Are Separating After J Lo Kiss

It was only a kiss, how did it end up like this?

Get ready for a whole lot of drama to unfold right here on your laptop or mobile screen. Jennifer Lopez and Marc Anthony shared a steamy, onstage kiss at at the 2016 Latin Grammy Awards in Las Vegas, Nevada proving that they're basically all of us with our ex at 3 am.

Uh, hey Marc? What's that circular object on your wedding finger, bud? Could that be -- oh, I don't know -- a WEDDING RING?

Well, that spot on his finger might soon become vacant because after this kiss was seen 'round the world, Marc's wife Shannon De Lima is separating from him after two years of marriage, according to TMZ.

Yeah, after watching the video below, I'm sure Shannon was like, "yeah, no thanks, that's a hard pass."

We reported earlier how friendly and cordial Marc and JLo are as exes, but I never (I repeat never) thought they would play tonsil hockey on live television.

However, if you're suddenly typing away some sweet JLo-Marc fanfic as you await the two to finally get back together, log out of your LiveJournal -- it's not happening, pal.

According to Jennifer Lopez's manager Benny Medina, the exes are "absolutely, categorically, 100 percent not back together."

Shannon and Marc were last spotted publicly at his concert at Radio City Music Hall in August. Guess what? JLo also performed a duet with him there.

Duet? More like just do it already, you two love birds.

Once again, TMZ reports that the word on the street is that this collaboration is not romantic. It's all about the music...

And those sweet, all-too-brief smooches?

OK, I added that last part.

Now, if you'll excuse me, I need to watch their kiss over and over again, work up the courage to text my ex and then throw my phone against the wall in a last ditch effort to save myself and my dignity.