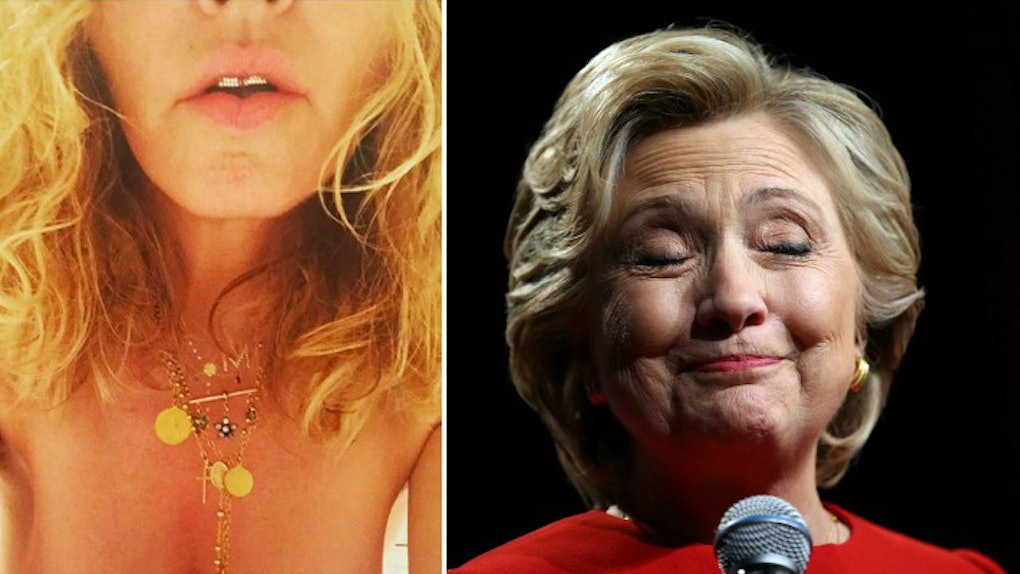 On Monday, the entire nation was thrown into a frenzy as Hillary Clinton and Donald Trump slugged it out in the first presidential debate.

Somehow, the debate managed to be a prize fight between two boxers, a schoolyard spat and a suffocating black hole, all at the same time.

On Tuesday, Katy Perry, clearly feeling invigorated by the words of Hillary Clinton the night before, teamed up with the good folks over at Funny or Die to release a video of herself urging Americans to get out and vote this November.

There was one catch, though: Katy Perry got completely naked to encourage you to vote.

I have to say, Perry did a hell of a job promoting the video in a tweet she sent out the night of the debate.

TOMORROW, I USE MY BODY AS CLICK BAIT TO HELP CHANGE THE WORLD pic.twitter.com/1a2GMm6PMi — KATY PERRY (@katyperry) September 26, 2016

I think it's pretty safe to assume Katy Perry reached quite a few Americans with her nude message, but it appears no one was more inspired than Madonna.

Taking a page out of KP's book, Madonna posted a completely nude selfie on Instagram, echoing Perry's sentiments about voting.

Wait, does this mean there are going to be additional nude photos posted by Madonna in an effort to get us to vote? How do we feel about this?

To go along with the above photoshopped image, Madonna wrote,

Living For Hillary Yes I vote for intelligence. I vote for equal rights for women and all minorities. Women Run the World now they have to get out and start supporting one another. No more misogynist feminists! No more mysogony. Get out and Vote

Well, there you have it. It's been less than 48 hours since the first presidential debate, and we already have two celebs going nude to try to convince you to vote.

Who will be next?