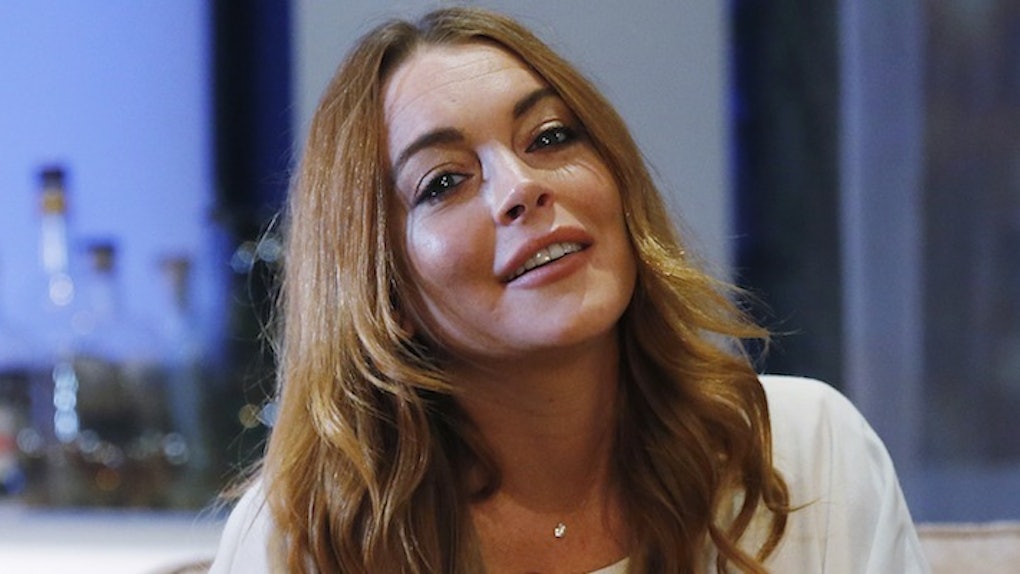 Is Lindsay Lohan hinting that she's single after possibly ending her chaotic relationship with Egor Tarabasov?

If you've been keeping up with the 30-year-old actress, you know that her troubled relationship with 22-year-old Tarabasov has been exposed to endless amounts of drama this year.

First, the couple was overheard fighting and possibly engaging in a physical altercation at Lohan's London apartment back in July.

THEN, Lindsay and her boyfriend were seen physically fighting over a cellphone at the beach earlier this month.

While many of Lindsay Lohan's fans urged the actress to ditch her toxic bond with Egor Tarabasov, no one really knew where their relationship would go next...

Another hashtag attached to the photo reads #StillNeedImSorry, which might suggest that Lindsay is still awaiting a formal apology from Tarabasov following their many disputes.

So, could Lindsay finally have parted ways with the young, Moscow-born entrepreneur?

Hopefully. I mean, what person in their right mind would continue to invest themselves in a relationship as unhealthy as theirs have been?!

Hey, Lindsay, if you're reading this, I think it's safe to say your fans and supporters just want the best for you...

Oh, and all of the people who have ever dreamed of marrying you and having a big happy family with you are praying that you're actually back on the market!