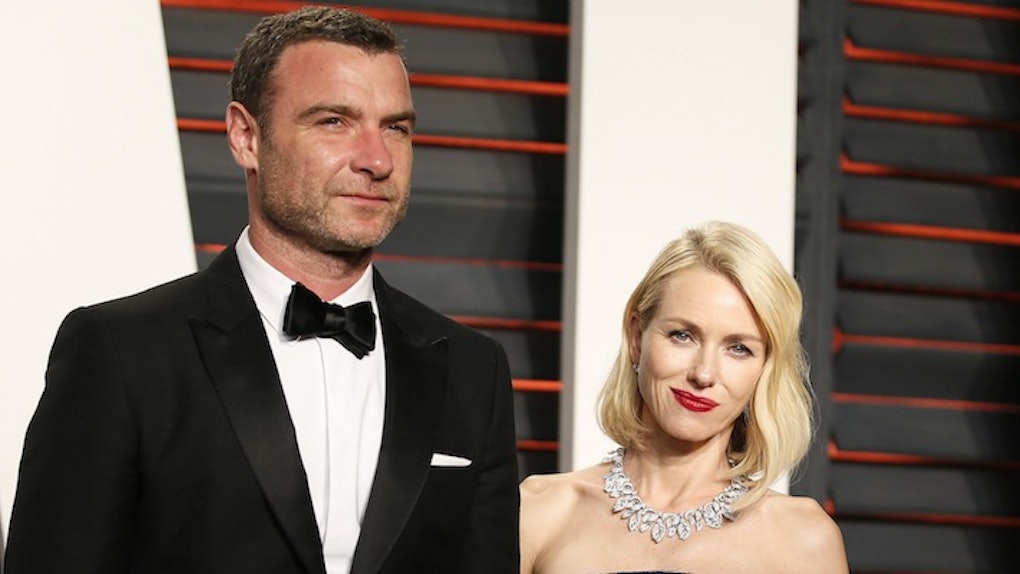 Liev Schreiber and Naomi Watts don't hate each other despite their recent split.

While Brangelina is busy sorting out their drama-filled differences, Liev and Naomi appear to be keeping the peace.

At least it certainly seems like there are no hard feelings toward each other. The proof? Ex-boyfriend Liev Schreiber went out of his way to wish the 48-year-old British actress a happy birthday on Instagram.

Another birthday!! #eek But I think I'm younger than this #vintagestroller?? Not quite sure what's happening here… #eek #70's #photoop #oldschool #raisedbyartists.

Here's the photo. How cute is she?!

I'll admit, though... It is kind of a spooky picture. Just in time for Halloween.

Liev Schreiber triggered the emotions of fans everywhere when he jumped into Watts' comments under her birthday photo and left a sweet message simply reading "Happy Birthday Sweetheart."

Fans noticed Liev's comment and went insane. They're still SO nice to each other. That's incredibly rare these days.

However, it's no surprise that these two are able to keep things cordial after their split that ended their 11-year relationship.

When the heartbreaking news was first announced, the couple issued a statement to US Weekly, saying,

Over the past few months, we've come to the conclusion that the best way forward for us as a family is to separate as a couple. It is with great love, respect and friendship in our hearts that we look forward to raising our children together and exploring this new phase of our relationship. While we appreciate your curiosity and support, we ask the press to be mindful of our children and respect their right to privacy.

Hey, despite the recent flurry of painful celebrity breakups we've had to endure this year, maybe real love still exists.

Thanks for giving the rest of us hope, guys. Oh, and happy birthday, Naomi!