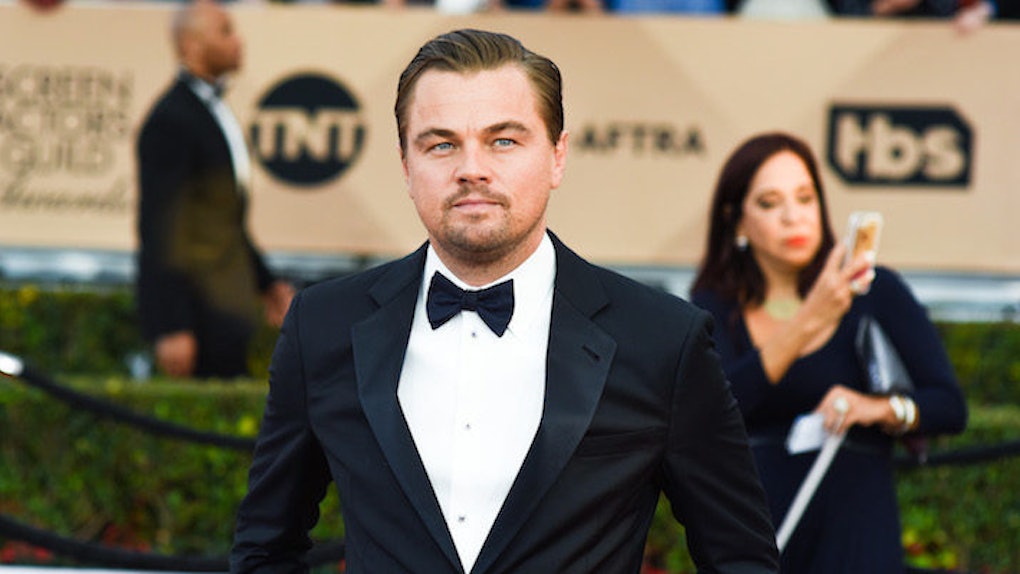 OK, Leonardo DiCaprio already won his Oscar. Does he really need to be credited with an Olympic medal now, too?

Apparently, yes. Yes he does.

Let me be clear: Academy Award-winning actor Leonardo DiCaprio did not win a silver medal in archery for the US at the Rio Olympics.

Three-time Olympian Brady Ellison won a silver medal in archery for the US at the Rio Olympics.

Unfortunately for Brady, this feat of physical excellence is being overshadowed by the fact he looks a lot like Leonardo DiCaprio.

Am I the only one that thinks that Ellison from #USA#archery team looks a bit like Leonardo dicaprio? #Rio2016#olympics — Sally (@manicrose1984) August 6, 2016

OK, I'm sorry about your achievement not getting the attention it deserves, Brady, but you DO look like Leonardo DiCaprio, like, a lot.

Like, he looks like the version of Leo who sits in a lawn chair next to a cooler of beer while listening to Kid Rock all day, but still. Definitely Leo.

This is hardly the first time the internet has found the 41-year-old actor's doppelgänger.

Archery Leo is just another notch in the Leo-lookalike belt. Welcome to the club, Brady!