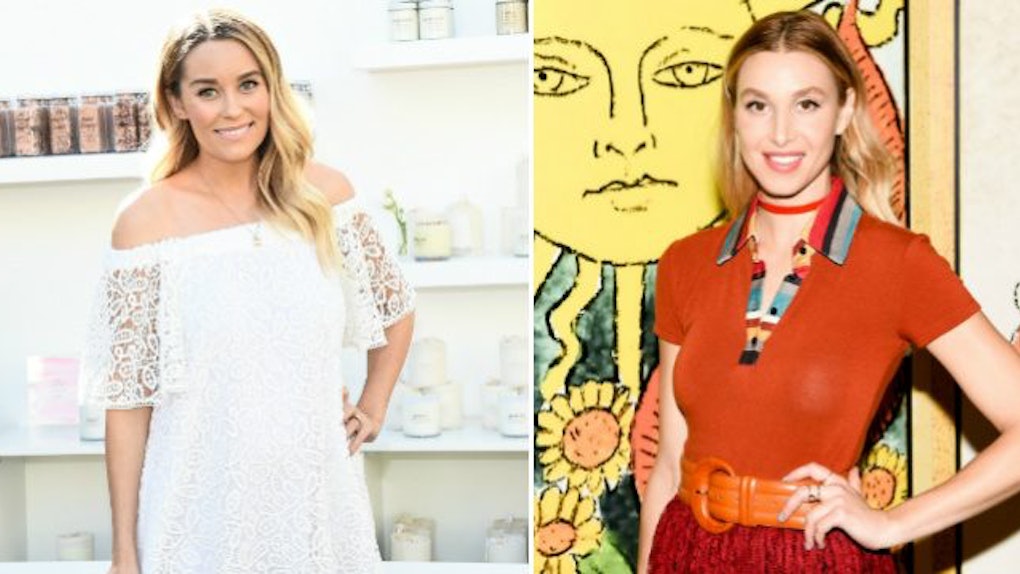 Sorry, Lauren Conrad, But Another 'The Hills' Star Is Expecting

OK, what's in that water in those damn Hills???

"The Hills" star Lauren Conrad revealed she's pregnant, shared an image of her adorable baby bump and then told us not to comment on the size of her said baby bump.

Just a few days ago, her co-star Whitney Port also announced she was expecting on her Instagram.

Now, Jason Wahler and his wife Ashley are also set to welcome a new, little lamb into this world.

We are so overjoyed and excited for this baby! We absolutely LOVE kids and are so happy to finally be starting a family of our own.

Wow, three pregnant stars of "The Hills?" I wonder if Brody Jenner feels the way I do every time I look at Facebook and see all my high school friends married and pregnant?

Wahler said he's excited to see his child speak their first word and walk for the first time. He said,

All of it is such an incredible journey and blessing we get to be a part of.

Ashley posted the same image to her Instagram with the caption,

Ashley and Jason, who were married in October of 2013, know what gender their baby is, but haven't revealed it yet. They plan on throwing a gender reveal party for close family and friends in March.

I suspect my invitation has been lost in the mail...

The couple are expecting their little one to arrive in August of this year.

Way back on "Laguna Beach" and "The Hills," Jason had a tumultuous relationship with Conrad, in which he frequently cheated on her and dealt with substance abuse issues.

Thankfully, they're both in fully committed and happy relationships, and Jason is now sober.

On 10th anniversary special of "The Hills," Conrad said,

Jason's story has a happy ending. He is sober now and married and very happy.