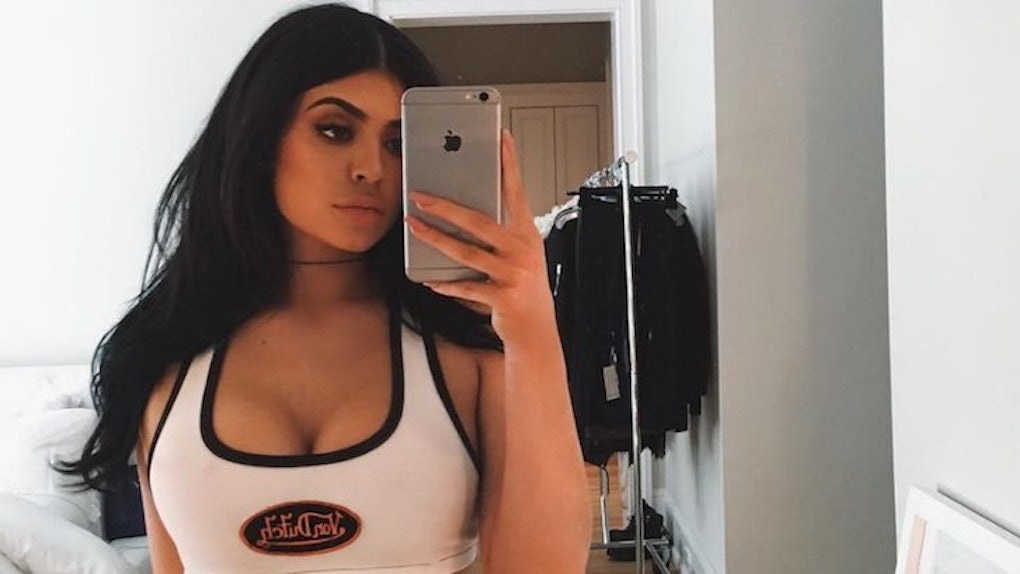 The 19-year-old reality star caught the ceremonies on MTV instead of flying to New York to watch it live.

In a video on Snapchat, she said,

I'm watching the VMAs from my house this year. I'm kind of sad I didn't go but I'm excited to just see all the outfits and performances and lay in bed.

She shared a “cuuuuute” clip of couple Drake and Rihanna, who invented love last night, or something.

Finally, she showed a little love for sister Kimmy's sheer black sex dress. You know, the one that fried our eyes up like crusty coconut shrimp?

Kylie and the majority of the Kardashain/Jenner family missing this year's ceremony could be a sign they didn't consider it a worthwhile enough event to drop everything and haul ass across the country for one night.

Kourtney, for one, missed out on the press and the performances in favor of roller skating.

She mustn't have heard Beyoncé would be doing a 15-minute set that would bring her to tears and make her praise the day King Bey descended upon us. Just a theory.