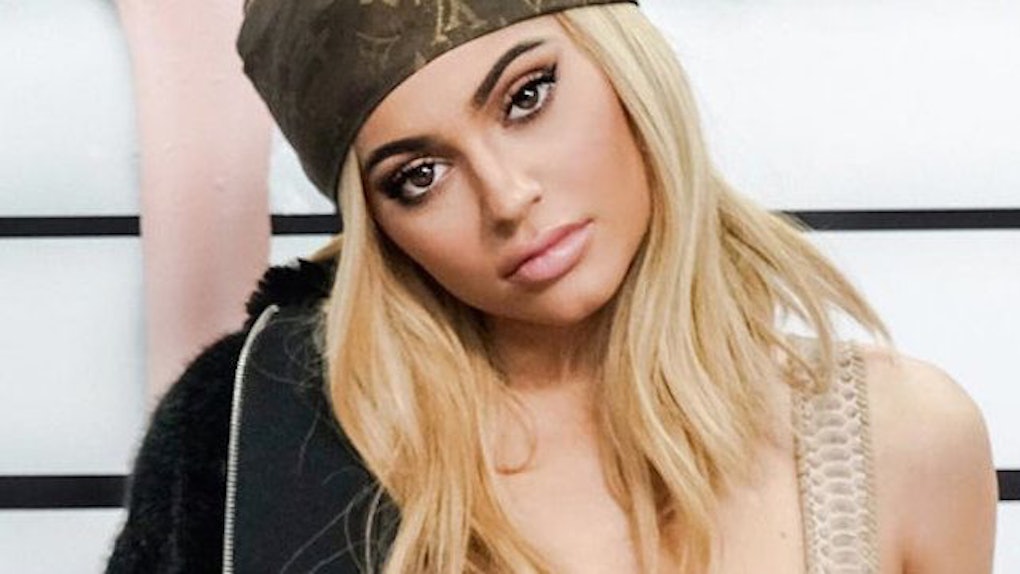 Kylie Jenner's Cosmetics Have Another Issue

Kylie Jenner's cosmetic company is once again in some hot water.

Ever since the youngest Kore Kardashian family member started her makeup line she's been a dominant force in the industry. That doesn't mean it's been a completely smooth ride to Moneytown, USA, though.

The company has had its fair share of controversies, most recently stemming from customers who complained the boxes of her new "Kylighter" series they were receiving from the company didn't actually have any makeup in them.

Earlier this month, one costumer tweeted the following to her account:

Another Twitter user posted a picture of her empty kits lined up.

Kylie's Kylighter is the latest brand extension from Kylie Cosmetics. After it was launched, it sold out in less than three minutes.

At $22 a pop it's not exactly a cheap way to find out you're not going to Kylight your face either -- now is a good time to point out I am a man who knows zero about makeup.

There is a happy ending to all of this!

A letter posted from one of the users above shows that Kylie's customer service team is hot on the job and dishing out refunds/replacements like hot cakes!

This is far from the first time Kylie Cosmetics has been involved in any kind of scandal.

Early on, there were rumors the formula for Kylie's Lip Kits was the same as a cheaper product offered by the same company, ColourPop, which makes Kylie's brand.

For reference COLOR KEY: Yellow – Same ingredient, same order in formula. Blue – Same ingredient, different order in formula. Purple – Same pigments, different order (pigments are not required to be in order). Please note, this is the updated ColourPop formula. Not the first launch (any color outside their first launch is new formula) Not all ColourPop's ultra mattes have been reformulated yet. According to them, they hope to do it in time. So don't try & compare your first launch to the new Lip Kits… or the first launch lip kits. They are not the same. ADD: also, to be clear, the ingredients do need to be listed in order of highest concentration, to its least. The order does matter in a formula. Even if the ingredients are identical, if they are in a completely different order they won't wear the same. The bulk of the formula, the first several ingredients, are the same, same order. What follows isn't enough to significantly change the wear compared to the new ColourPop Ultra Mattes.

ColourPop has consistently denied these claims.