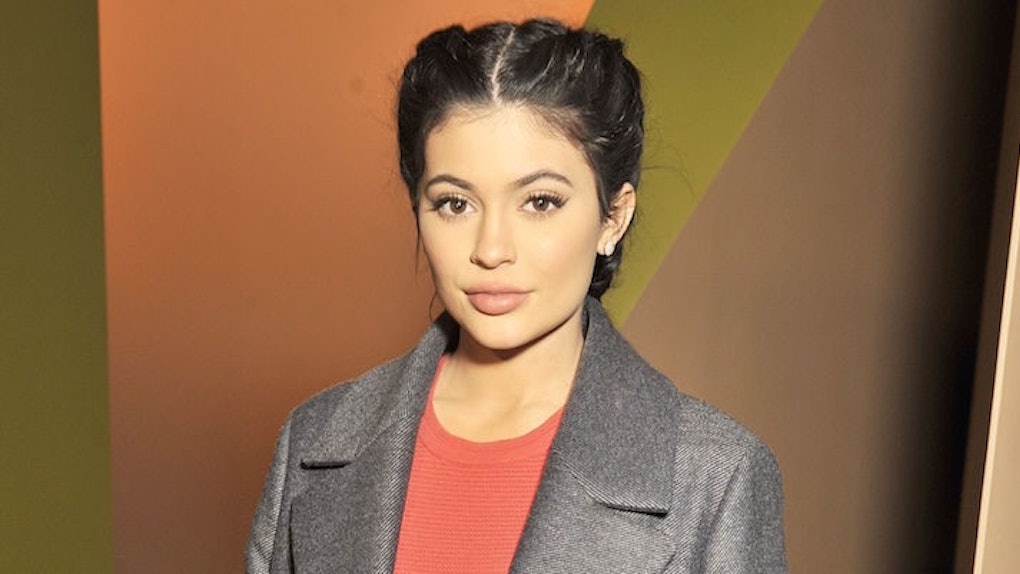 All you Kylie Lip Kit haters out there, listen up!

I'm gonna go out on a limb and say Kylie Jenner's Kylie Lip Kit is the most controversial lip kit of all time. I KNOW! I KNOW! Crazy! That is a BOLD statement to make about a product with such a controversial history, but it's true.

Everything, from the anticipation of each color's release, to the breaking of Google Analytics, to each color's name, to product delays, to even Kylie herself, has been a source of major pop culture contention, causing Kylie's lip kit to become a weird, social, cosmetic enigma.

But, none of those factors have been more controversial than the actual contents of the $29 lip kit formula.

For the past few weeks, the Internet has been freaking out over the possibility Kylie's kits aren't actually anything special -- just fancily packaged versions of significantly cheaper and easier to order cosmetics, namely ColourPop cosmetics.

For laypeople like you and me, the caption elaborates,

For reference COLOR KEY: Yellow - Same ingredient, same order in formula. Blue - Same ingredient, different order in formula. Purple - Same pigments, different order (pigments are not required to be in order). Please note, this is the updated ColourPop formula. Not the first launch (any color outside their first launch is new formula) Not all ColourPop's ultra mattes have been reformulated yet. According to them, they hope to do it in time. So don't try & compare your first launch to the new Lip Kits...or the first launch lip kits. They are not the same. ADD: also, to be clear, the ingredients do need to be listed in order of highest concentration, to its least. The order does matter in a formula. Even if the ingredients are identical, if they are in a completely different order they won't wear the same. The bulk of the formula, the first several ingredients, are the same, same order. What follows isn't enough to significantly change the wear compared to the new ColourPop Ultra Mattes.

IS THIS TRUE?!?! FOR THE LOVE OF CHRIST, SOMEONE TELL ME THIS ISN'T TRUE!

Oh. Someone did? The makers behind ColourPop?!?! Well, I'll believe that when I actually see it!!

Oh snap, sorry for yelling. Crisis averted. Everyone go back to your job and contoured lips.