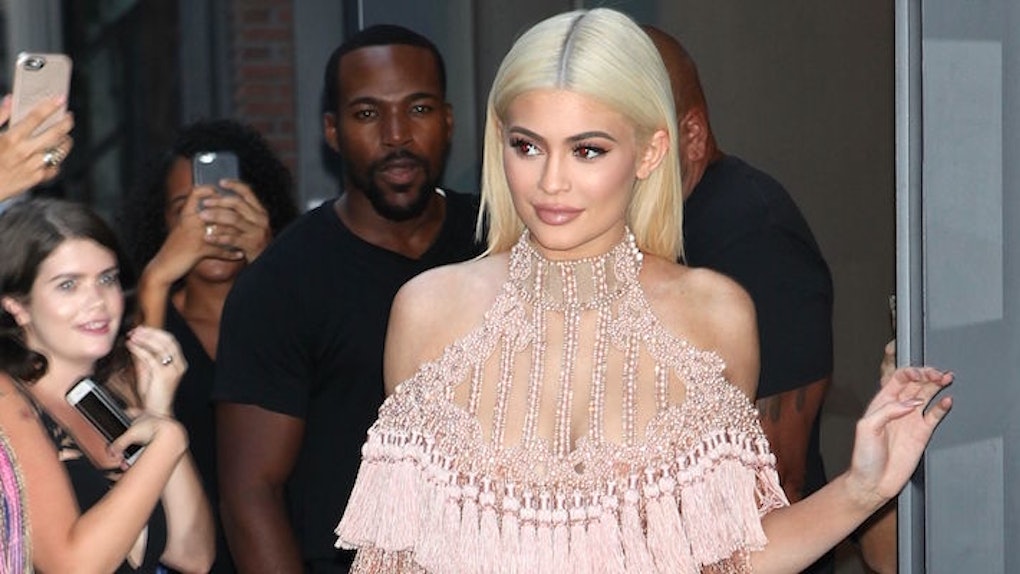 Kylie Jenner's Security Guard Had No Clue Who TF She Was

Being Kylie Jenner is NOT easy -- she would know!

The 19-year-old reality TV star and cosmetics mogul is known for constantly changing up her appearance on a daily basis.

From her hair and nails to her clothes and cars, Kylie rarely ever keeps her physical appearance the same for more than 24 hours.

Is she always changing up her look to keep the paparazzi guessing, or is she just reminding the world that she has more than enough dough to do so? We'll never know.

However, Kylie's superstar lifestyle can sometimes work against her. Her latest Snapchat story is proof!

Kylie Jenner recently took to Snapchat share a funny story with her loyal fans about the recent mix-up she had with one of her security guards.

It all started when Kylie Jenner drove up to the security gate that guards the private community she lives in.

The security guard then asked, "Are you with Kylie Jenner?"

That's when Kylie said, "Oh no, it's THE Kylie Jenner."

The 19-year-old star went on to talk about how she's always wanted to say that during a normal conversation.

Still, Kylie wants everyone to know that she wasn't bragging about who she is.

Despite the fact that Kylie's "known these guards" since she was about 4 years old, she believes they couldn't recognize her because of "the hair."

Eventually, Kylie was granted entry to her own community by the security guards. So, is she upset about the whole ordeal? Not quite... She's just "always wanted to say that."

Ladies and gentlemen, you aren't looking at just any ole Kylie Jenner...

This is THE Kylie Jenner.

No matter how many times she changes up her hairstyle and makeup...

There can only be one!

Sure, it might be just a bit annoying to have to prove your identity to security guards who have literally known you for your entire life, but you can't hate on the fact that they were just doing their jobs.

I mean, do you even remember that spooky moment Kendall had with that creepy stalker who followed her into her own driveway? People are crazy AF, and it's good to know that you have a solid security team protecting THE Kylie Jenner!