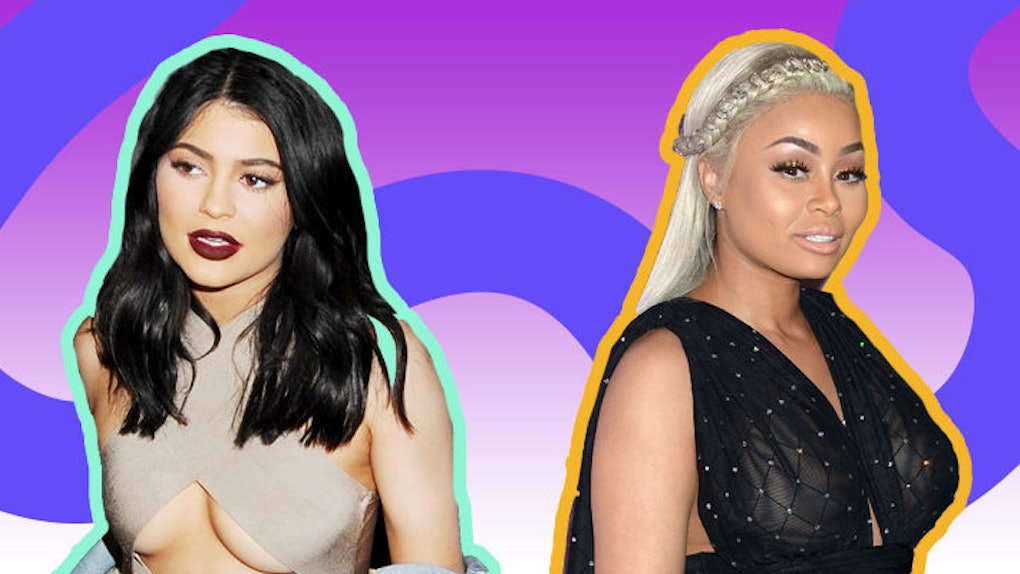 We're finally getting the details of the Kylie Jenner/Blac Chyna feud that enraptured a damn nation leading up to their reconciliation in April.

In a preview for Sunday's upcoming episode of “Keeping Up With The Kardashians,” Khloé and Kourtney freak over one of Blac Chyna's CHYmojis, which seemingly depicts Kylie getting slapped in the face.

When Kylie's usual semi-sentient ball-of-string reaction to drama isn't on par with the alleged crisis at hand, Khloé asks,

Aren't you upset that Chyna made an emoji about you?

Just when everybody was welcoming Chyna into the family, this comes out.

Khloé and Kourtney's instincts to either ferociously protect their baby sister or just stir shit can't break Kylie's placidity. The 18-year-old knows, without a doubt, there's just sooooo much misunderstanding going on.

Kylie, dressed as Hugh Hefner and equipped with her signature underwhelmed vagueness, mentions,

There's so much misunderstanding going on.

Besides, we know Ky and Chy made nice and were potentially never seriously feuding in the first place, so perhaps this CHYmoji drama is what got them bonding.

We'll just have to wait until Sunday night to find out, once and for all.