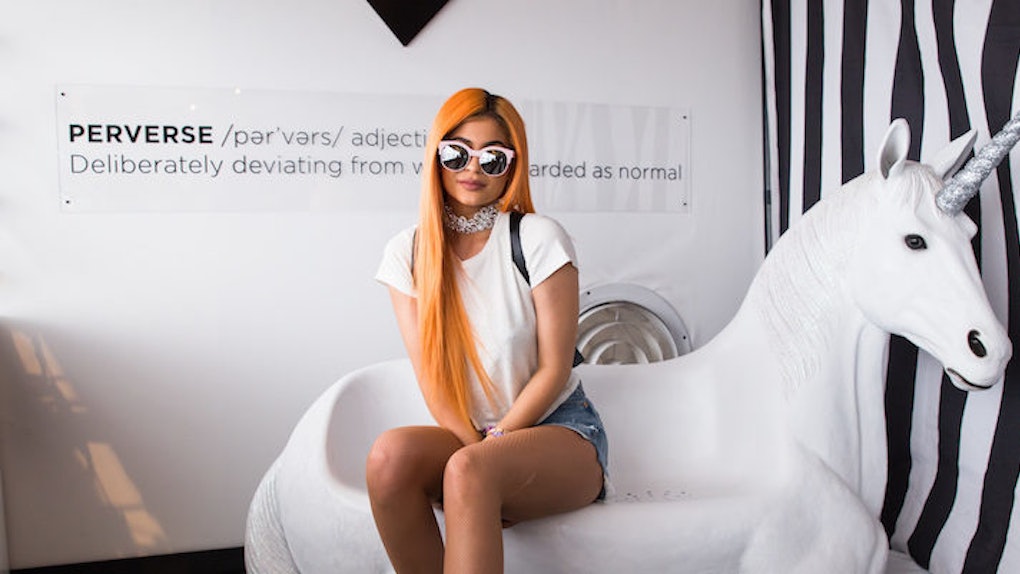 Yes, Kylie Jenner may be turning 19 on Wednesday, but that doesn't mean she can't have a bouncy house at her birthday party.

Mostly because she's Kylie Jenner and she gets whatever the heck she wants.

Sure, this bouncy house was customized to say "Happy Birthday, King Kylie" on it, but still. Modest.

Kylie, you look super hot and everything, but you know you're supposed to jump around n' stuff in a bouncy house, right?

Not that there's anything wrong with a lip sync session with your iPhone, but don't waste your bouncy house time on that.

Do you know what some people would give to have their own bouncy house, Kylie? DO YOU? Check your bouncy house privilege, jeez.

I would also like to remind everyone Kylie has been celebrating her birthday for over a week now, and it has yet to be her ACTUAL birthday, August 10.

What more can she possibly have in store for tomorrow?