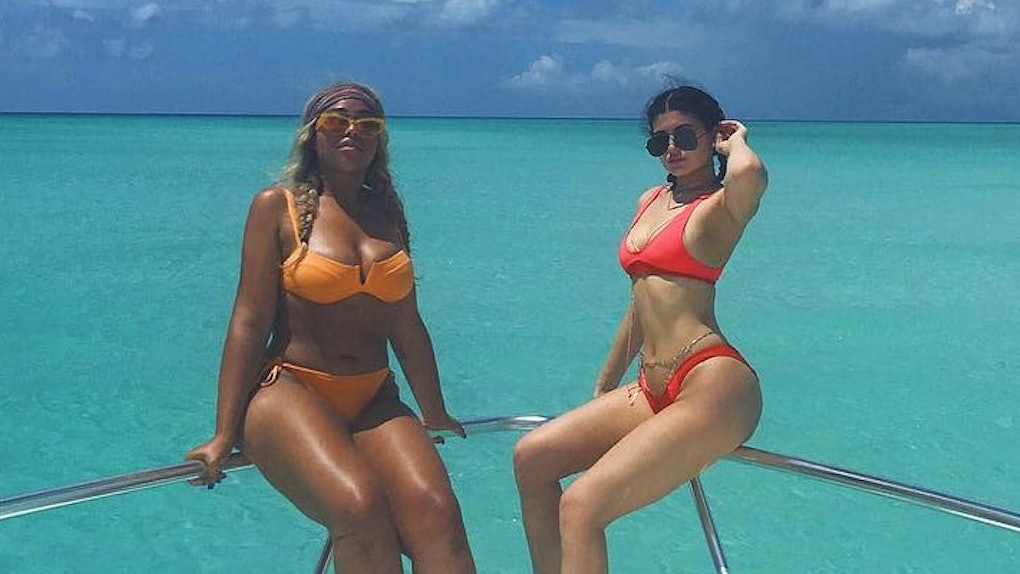 If anyone knows how to celebrate their birthday, it's Kylie Jenner.

The 19-year-old started off her birthday earlier this month by buying herself a special edition Land Rover. The lavish gift to herself was just one of many.

Kylie was also given a Mercedes-Maybach by her boyfriend Tyga, as well as tons of flowers, high-end clothing, a new puppy and cupcakes.

It doesn't get any better than that, folks.

So, after receiving just about anything a person could want for their birthday, she celebrated August 10 in the most blissful way possible.

Kylie Jenner spent her special day in a bikini. *Faints*

The 19-year-old star and lip kit mogul spent some quality time with her BFFs as they posted breathtaking bikini pics on Instagram while lounging on the beach in Turks and Caicos.

What would Kylie's BFF beach session be without Jordyn Woods?

According to Kylie's Snapchat, she wouldn't want to spend her 19th birthday with anyone else but her besties.

The best part? 20-year-old Kendall Jenner joined her for some birthday fun in the sun.

Following her epic trip to Turks and Caicos with Kendall and her best friends, Kylie ended her beach session with birthday fireworks.

Despite the endless flow of birthday gifts, the breathtaking tanning sessions on the beach with her best friends in Turks and Caicos and a beautiful fireworks display, something tells me Kylie Jenner is NOWHERE near done celebrating her 19th birthday.

We'll just have to wait and see how she tops it all off.