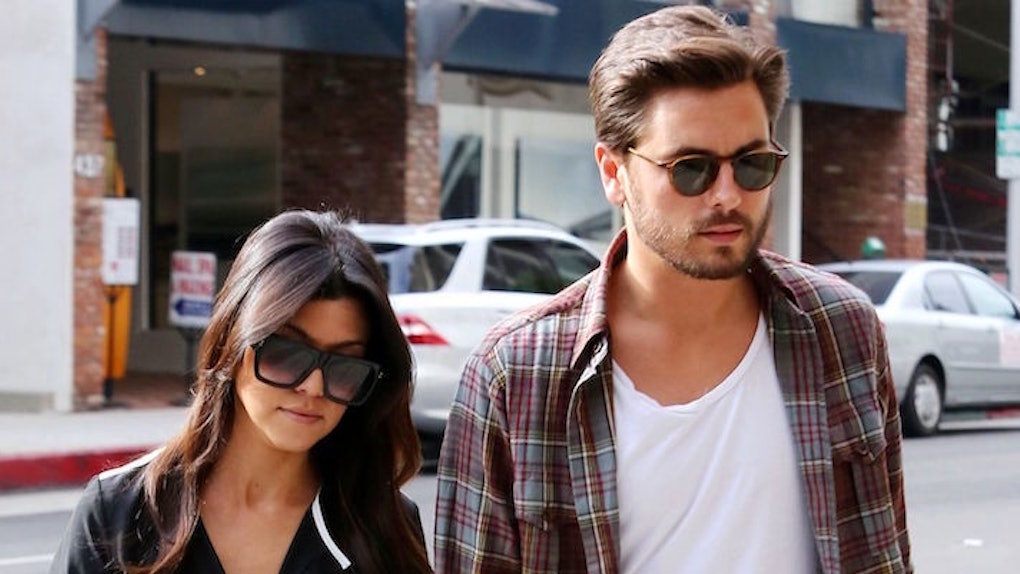 Kourtney Kardashian And Scott Disick May Be Living Together

After rumors circulated earlier this week that Kourtney Kardashian and Lord Scott Disick were back together, we got our hopes up.

I sincerely mean that. If they don't end up together, I will literally scream. With hopes this high though, what could go wrong?!

Now, sources are confirming to People that Kourtney Kardashian and Disick are back to living together!

I mean, you don't just take a trip to Cabo with your ex, right?!

Wait, is Scott wearing underpants underneath his swim trunks? What is this, Disick? A middle school co-ed pool party?!

The source says the two are getting along very well, and Kourtney, now 37, seems incredibly happy with Disick, 33.

The source even went on to say that she may want another baby and that she wants four kids. Their eldest Mason is 6, Penelope is 4 and Reign will be 2 in December.

The couple, who split after nine years last July, have continued to be a part of their three children's lives.

They honestly have co-parenting down to a science.

Before this rumor began that they're now living together (and please let it be true, if not for the children, but for me and my poor tender heart), Disick was spending a few nights at Kourtney's house to be with the kids.

Last weekend, the "Keeping Up with the Kardashians" stars were seen together in Cabo San Lucas, Mexico with their children.

A source said it was all planned by Disick, who was trying to "make things work again with Kourtney."

Hopefully, Disick has his ish together and can be the type of man Kourtney deserves.

The idea of having my family together is amazing, but it's not the way things ended up. They may end up there. I'm not sure. To me, it's in God's hands. If it's meant to be, then things will line up.