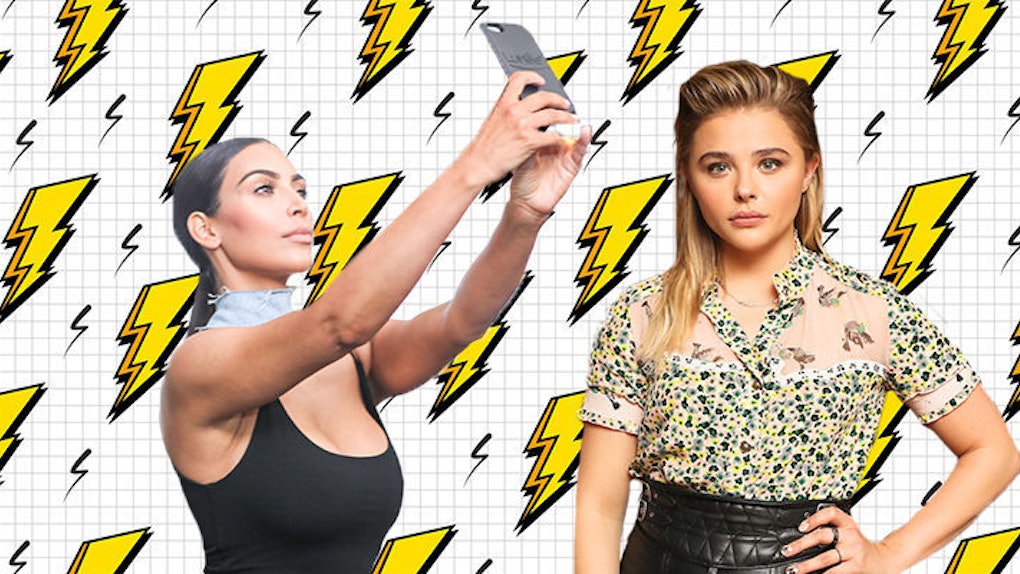 The fight between Kim Kardashian and Chloë Grace Moretz continues!

Go grab some popcorn and take a seat, everyone. I'll wait here.

If you've been keeping up with celebrity drama (LOL good luck), you know Kim and Chloë aren't exactly on good terms right now.

Their feud began back in March when the "Keeping Up with the Kardashians" star added a naked picture on Twitter because she had "nothing to wear LOL."

Chloë immediately called out the reality star and accused her of not being a good role model for young women. Ouch.

Since then, a lot escalated. The other day, the "Neighbors 2" actress went to the beach with Brooklyn Beckham.

Chloë Grace Moretz added a photo on Instagram where she appeared to be topless, even though (realistically) she probably just moved some straps to get a better tan.

Kim Kardashian's fans flooded Chloë's Instagram with comments about the irony of the photo.

The commenters called Chloë a hypocrite for posting a revealing shot after shaming Kim K's pic.

On top of that, people quoted the message Chloë sent Kim to throw it back in her face.

Does Chloe Grace Moretz not realise you can't do a topless shoot after you've called out and shamed Kim for doing the exact same thing? — Chloé (@Khlomoney98) August 11, 2016

On the other end, Chloë's fans fired back and said there's a difference between showing a shoulder and showing bare breasts.

For the most part, it looks like people think the slut-shaming needs to stop on both ends.

Perhaps Chloë and Kim can hug it out, take a pic together and move on.