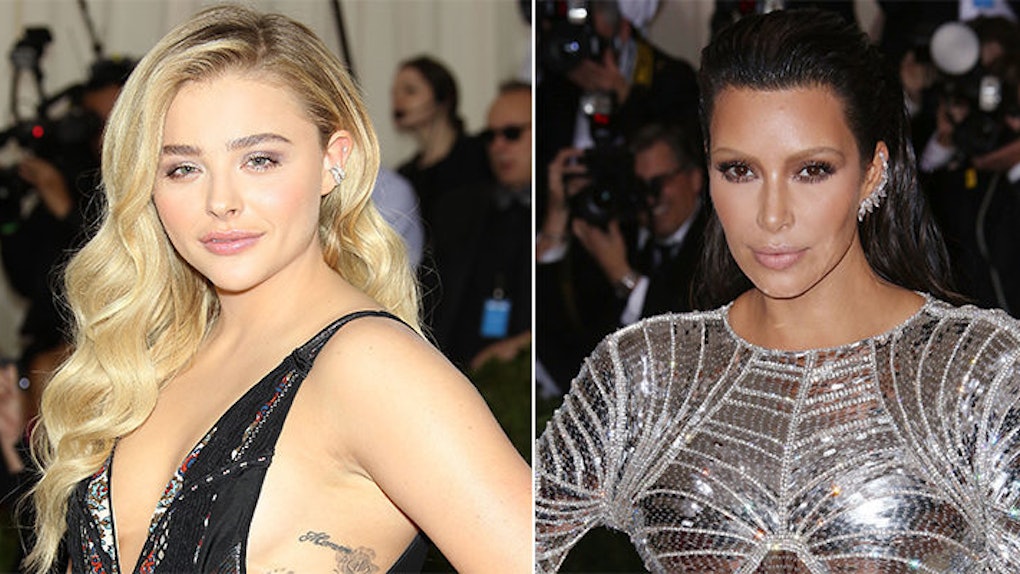 Chloë Grace Moretz apologizes for NOTHING.

Sure, sure, sure. I guess we should take a second to remind ourselves of this fact, then?

*shakes self out of stupor*

Sorry, uhhhhh. Where were we? Oh yeah! Not remembering that Kim Kardashian photo.

Bette Middler's snarky Twitter had something to say about it.

But it was Chloë Grace Moretz's comments that drew the biggest response.

@KimKardashian I truly hope you realize how important setting goals are for young women, teaching them we have so much more to offer than- — Chloë Grace Moretz (@ChloeGMoretz) March 7, 2016

The 19-year-old “Kick-Ass” star gained mixed reactions for her comments, with some people applauding her for her stance on the naked selfie and others thinking she was low-key slut-shaming Kim K for the shot.

At one point, the negative publicity got so loud she felt the need to address the slut-shaming accusations in separate tweets.

Kim, who is a REMARKABLY gifted mean girl, seemingly didn't really care about the message Moretz was trying to get across and showed it with this frankly breathtaking clap back.

Things sort of calmed down after Kim's tweet, but Chloë Grace Moretz still wants the world to know she stands by her original sentiments.

In an upcoming issue of Glamour, where Chloë will be GRACING *wink wink* the front cover, Moretz got a chance to talk about her experience with Kim and her personal takeaways from the exchange.

For starters, it wasn't as big of an immediate deal to Chloë when Kim tweeted at her than you probably think. She shared with Glamour,

I started laughing. I was at dinner with my family [when] I got the notification [on my phone]. I look at it and I go, 'Oh my God. She responded.' My mom took the most offense to it because it was girl-on-girl hate and Kim didn't come back with an educated response on body confidence. It was aggressive, and also it was incorrect.

That doesn't mean she doesn't stand by what she said, though, later going on to say,

That picture wasn't linked to body confidence. It wasn't a #BodyConfidence or #LoveWhoYouAre. It was done in a slightly voyeuristic light, which I felt was a little inappropriate for young women to see... I would hate for young women to feel they need to post certain photos in order to gain likes, retweets, favorites and male attention.