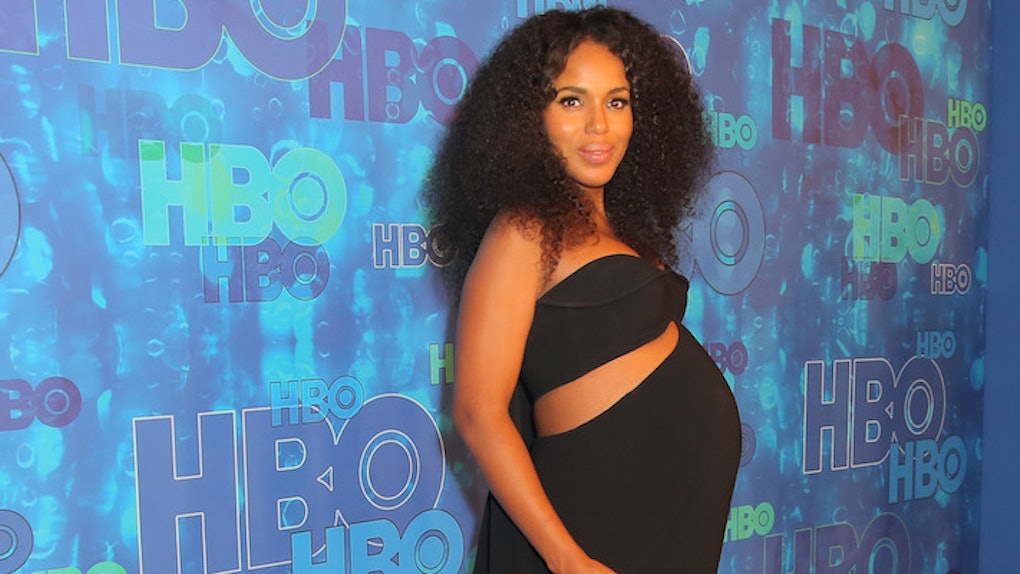 We're at that age in which all our friends are getting married, pregnant or a combination of both.

"Scandal" star Kerry Washington and her husband, former NFL cornerback Nnamdi Asomugha, just had their second baby together, and it's just another reminder I'm single and all alone.

Four weeks ago, she was rocking her baby bump all over the red carpet, and on October 5, Caleb Kelechi Asomugha was born. Online Nigeria tells us the meaning of this unique name:

Kelechi translates to 'Glorify God/Thank God' in English. It is common with the igbo tribe in Nigeria and primarily used by Males.

Nnamdi is of Nigerian descent and previously stated,

I feel pretty strongly about [my heritage] because that's what I was raised on. That's my culture.

So it's no surprise his son's name relates so closely to home.

Kerry obviously supports her children being in touch with their culture, too. A few days ago, she tweeted the following.

I see a recurring theme in the name of Kerry and Nnamdi's children. The couple had their first child, Isabelle Amarachi, back in 2014. Amarachi also comes from the Igbo language and means "Grace of God."

They look at each other the way I look at my chicken nuggets.

After Kerry had Isabelle, she did a live chat interview with fans through the LA Times, and a user asked her if she was excited to go back to work. She responded,

So tricky because you know I don't talk about this stuff, but I will say I feel really, really blessed. I just feel really blessed that I'm kind of living extraordinary dreams come true in my work life and in my personal life.

The season premiere of "Scandal" was a little bit delayed due to Washington's pregnancy, but it will be returning January 2017.