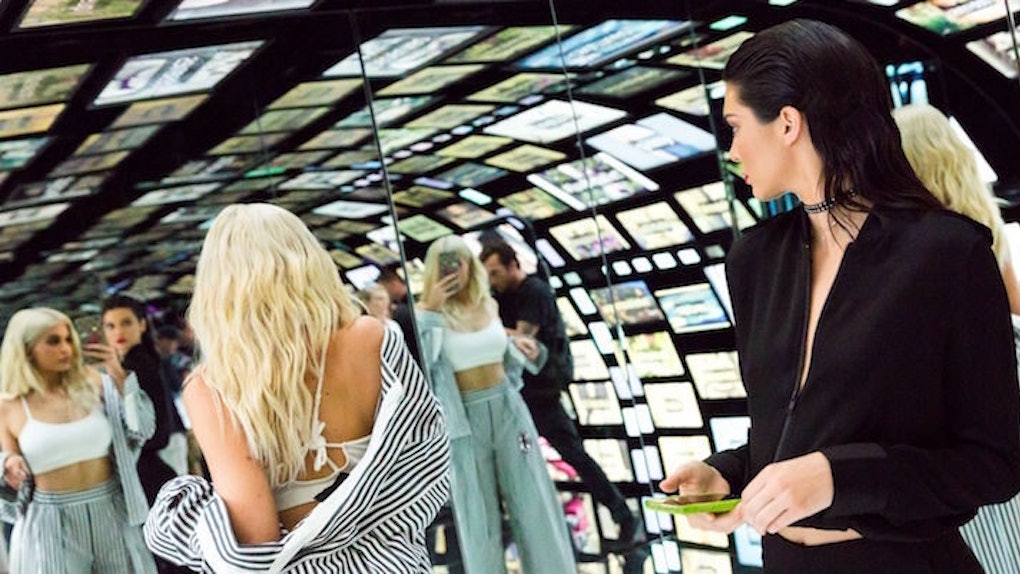 Kylie And Kendall Might Get Billed For That Stuck Elevator

Remember when Kendall and Kylie Jenner got stuck in an elevator with all of their friends during NYFW?

I remember it like I was there. Thanks, Snapchat!

It turns out Kendall and Kylie might have to pay for the repair costs of the trusty ole elevator in the luxury TriBeca apartment building they're staying at.

Management reportedly wants the Jenner sisters to pay for the elevator after allegedly damaging the elevator by holding the door open for too long, which caused it to get stuck.

They're getting hit with the bill. They were holding the elevator to the point that it went off track.

The same source also revealed that residents in the building heard the elevator beeping as Kylie, Kendall and their friends held the door open.

They were with their friends Hailey Baldwin and Jordyn Woods.

Despite claims that the building could be looking to charge the Jenners for the repair costs, the building developer is stepping forward and saying that they don't need to pay for it.

The elevator got stuck a couple of times. We made a service call and will surely get a bill — but nobody ever suggested that Kylie or Kendall pay the bill.

During the incident, Kylie Jenner took to Snapchat to check in with her loyal following, saying,

We're actually stuck in an elevator in real life... Like, I've never thought this would actually happen. I'm genuinely so terrified and hungry.

Life comes at you fast.

Perhaps the only good thing to happen as a result of this traumatic elevator incident is the birth of this epic meme.

As of yet, reps for the Jenner sisters have yet to speak on the matter.

In addition, Ron Moelis, one of the property developers who the Jenners are renting the $26.5 million luxury apartment from, has yet to comment on the situation.

Citations: Kendall and Kylie might have to pay for broken elevator (Page Six)