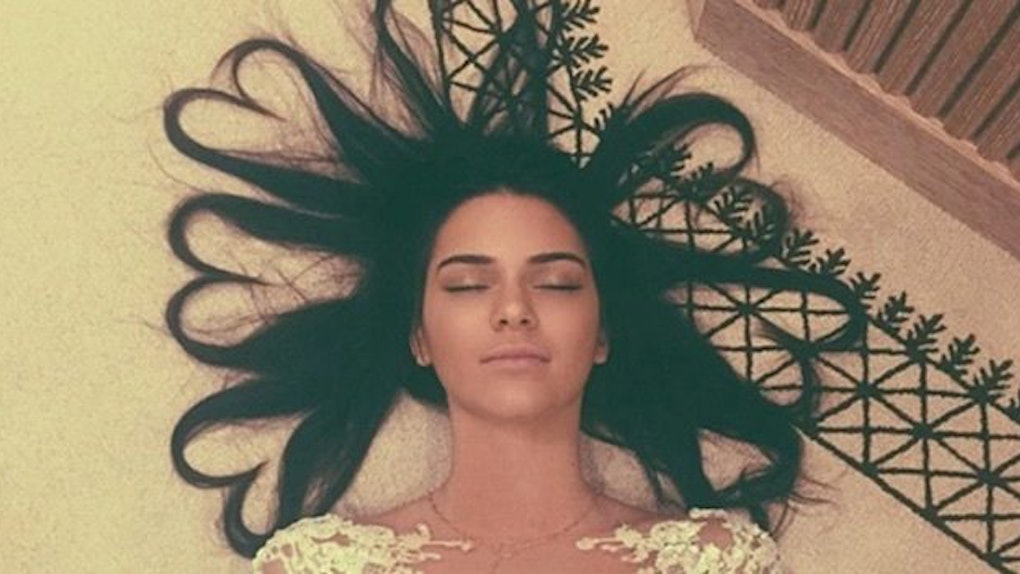 It's going to be OK.

I know this year has been seemingly apocalyptic, but bear with me -- because it just got a little bit worse.

Kendall Jenner deleted her Instagram account on Sunday night, and we aren't sure how to handle the absence of the 21-year-old model from our IG feeds.

How could you do this to us, Ken?! We're vulnerable right now!

Really, though -- her fans are not taking her disappearance lightly, and have taken to Twitter to express their utter confusion and disappointment about her rash decision.

I can't blame them for being bummed, though -- especially after her big sis Kim took an abrupt break from social media after being robbed at gunpoint last month.

There are a few theories as to why Kendall took a break from Instagram, and they seem pretty legitimate.

One possible reason for the star's sudden disappearance from the photo app could be her ongoing stalker situation has her spooked AF.

Apparently, Kendall took her alleged stalker, Shavaughn McKenzie, to court in October after he followed her into her driveway and began banging on her car windows in rage.

She now has a five-year restraining order on him.

Another reason could be the criticism she's been receiving about recent photo shoots she has modeled on.

But, c'mon, I think the Kardashians can handle a little criticism here and there.

Either way, her fans are freaking out and it hasn't even been 24 hours since she bailed on Instagram.

Maybe this temporary. She might've just needed a break -- she's only human, people.

Plus, Kendall spoke with Allure recently and admitted she likes taking social media breaks here and there. She reportedly said,

I definitely have close friends, and even some family members, who are so connected to their phone and can't get off of it... That was the moment it kind of clicked for me. And I didn't like it. So sometimes I delete Instagram or Twitter or Snapchat off my phone for a couple days.

See, guys?! You're freaking out for no reason. Kendall will be back soon (hopefully). Just give her some time.