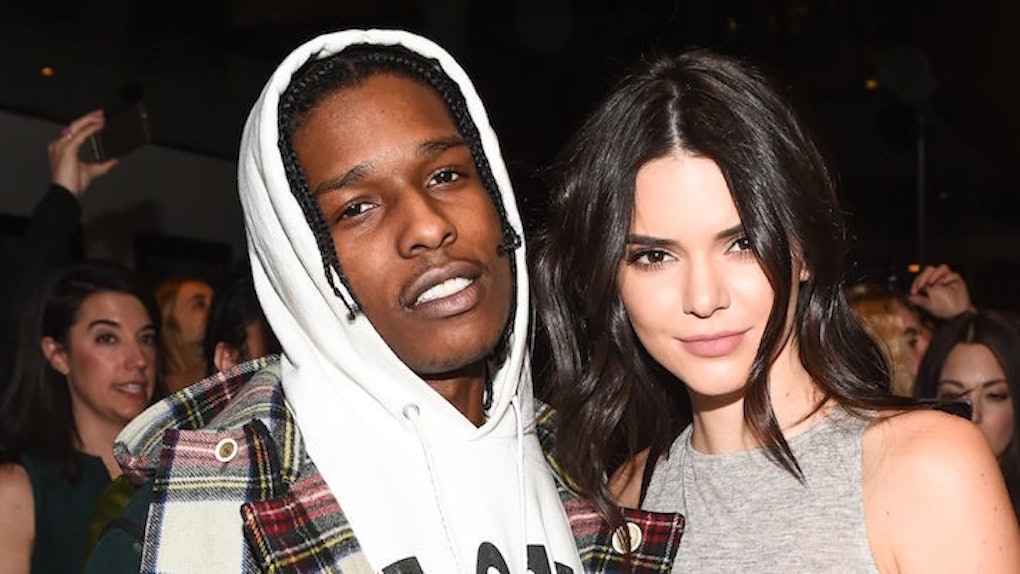 It turns out that Twitter users aren't the only people who disapprove of Kendall Jenner dating rapper A$AP Rocky.

Last week, the rumored romance was confirmed after 20-year-old Kendall Jenner was spotted out for dinner with 27-year-old A$AP Rocky in France.

Shortly after their romantic evening out on the town, Jenner was seen supporting the Harlem native during his performance at the Panorama Music Festival in New York.

As if THAT wasn't enough, Rocky and Kendall were seen engaging in some good ole PDA at Kylie Jenner's 19th birthday celebration in Los Angeles.

Now, it's looking like A$AP Rocky's own stepmom, Kari Mayers, thinks "he can do much better." I'm not really sure what that's supposed to mean but I think his stepmom's being a little hard on Kendall, don't you think?

I mean, I know it likely has A LOT to do with the fact that despite her bearing the Jenner surname, she's directly linked to the Kardashians. But if anything, Kendall's done a great job making a name for herself in the modeling industry.

However, I'm not too sure if that's enough to wow Rocky's stepmother.

Everything I hear about the Kardashians makes me think they are a bad family for Rakim to be involved with. They are just not the kind of people I'd like to see him hanging around with.

I knew it -- it is about the Kardashians!

Mayers continued to say that she doesn't want her stepson to be "dragged into that circus" and went on to remind everyone that A$AP Rocky is "too good for that."

Look, I love Rocky's music, but anyone who thinks Kendall Jenner would have more of a negative impact on his life than dating Iggy Azalea did needs a reality check. Sorry, mom.

Well, now that we know there's a lack of family and Twitter support for their newly established relationship, we'll just have to wait and see where Rocky and Kendall go from here!

Citations: A$AP Rocky's Stepmom Says He "Can Do So Much Better" Than Kendall Jenner (Complex)