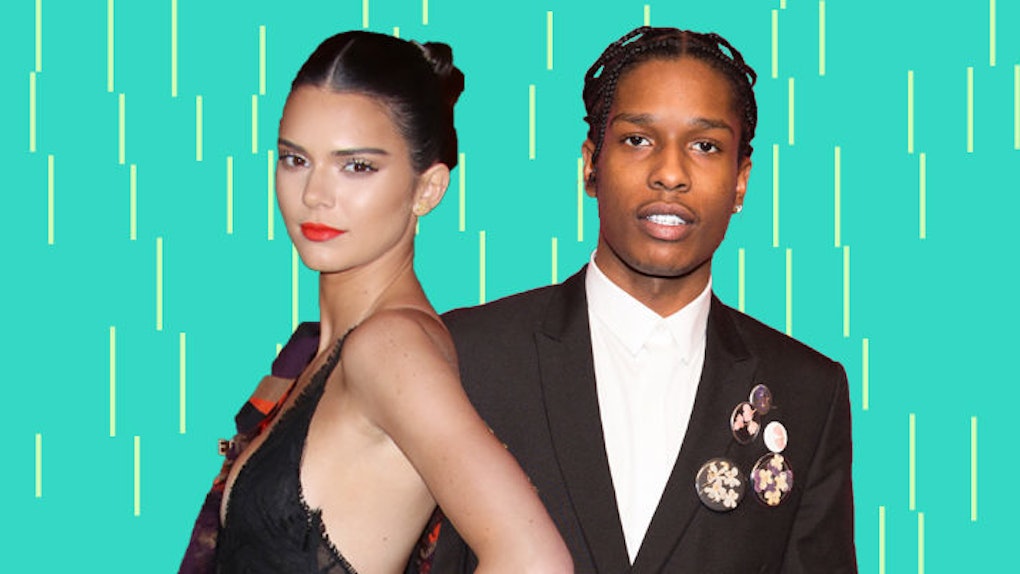 KENDALL JENNER HAS A BOYFRIEND, Y'ALL.

The 20-year-old model has been rumored to be hooking up with A$AP Rocky since February, when they were spotted together during her PacSun launch.

Over the last few months, the two were seen hanging out on numerous occasions. They went on a dinner date in Paris, and Kendall even went to Panorama Music Festival to support her boy.

She also brought him to Kylie's birthday party at the Nice Guy, where they apparently showed lots of PDA. DAMNNN!

Fans have questioned the status of their relationship, but nothing has been confirmed.

According to Us Weekly, Kendall Jenner and A$AP Rocky are "the real deal."

A source confirmed the two are dating and in love and getting married. OK, I'M JUST KIDDING ABOUT ALL THAT. Jokes.

But the source did say they are together. Whatever that means.

Am genuinely so upset at the thought of ASAP Rocky and Kendall Jenner being together no thank u — shannnn (@shanlynchX) August 4, 2016

PEOPLE ARE NOT OK WITH THIS.

What do Kendall Jenner and Asap rocky possssssibly have in common — Danielle (@RiniDanielle) August 5, 2016

Fuk u Kendall Jenner you can't be flawless AND have Asap Rocky — Logan (@Loggggie_) August 2, 2016

kendall Jenner has everything already and now she has asap rocky — breezo (@HosfieldH) August 2, 2016

*Cries in shower and eats bread*