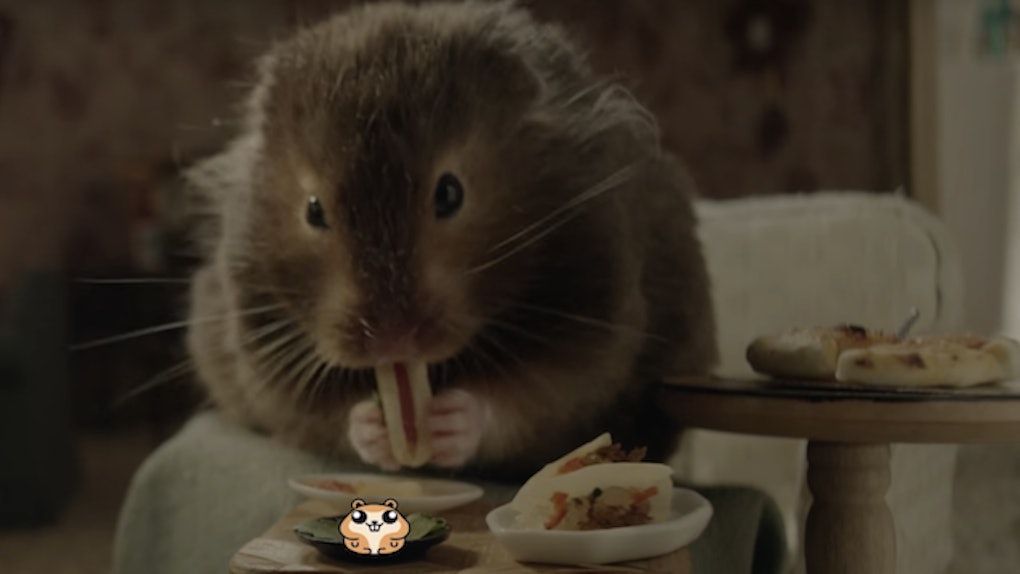 At some point over the past few years, the concept of cooking tiny gourmet food for hamsters, filming the process and uploading it to YouTube took over the internet.

The video, which is for her new song, "Chained To The Rhythm" ft. Skip Marley, is clearly a homage to the "Tiny Hamsters Eating Tiny..." series.

In "Chained To The Rhythm," a disembodied hand cooks a cheeseburger, spaghetti and meatballs, a cake, a hot dog and a few other things that just end up on the hamster's tiny rug.

The song is the first Perry has released since 2016's Olympic anthem "Rise."

Am I the only one that gets oddly nervous watching these tiny food videos?

I have chubby fingers, so maybe it's because my lumbering hand toes (LET'S CALL FINGERS HAND TOES FROM NOW ON!) would bull-in-a-china-shop the hell out of these adorable little kitchens.

This Perry video is really great, though. Katy Perry's voice distracted me from this weird anxiety related to these hamster videos, so on the off chance this is a fear you also have, don't worry about it.

The only thing that could have made this video better is if the hamster was this guy: