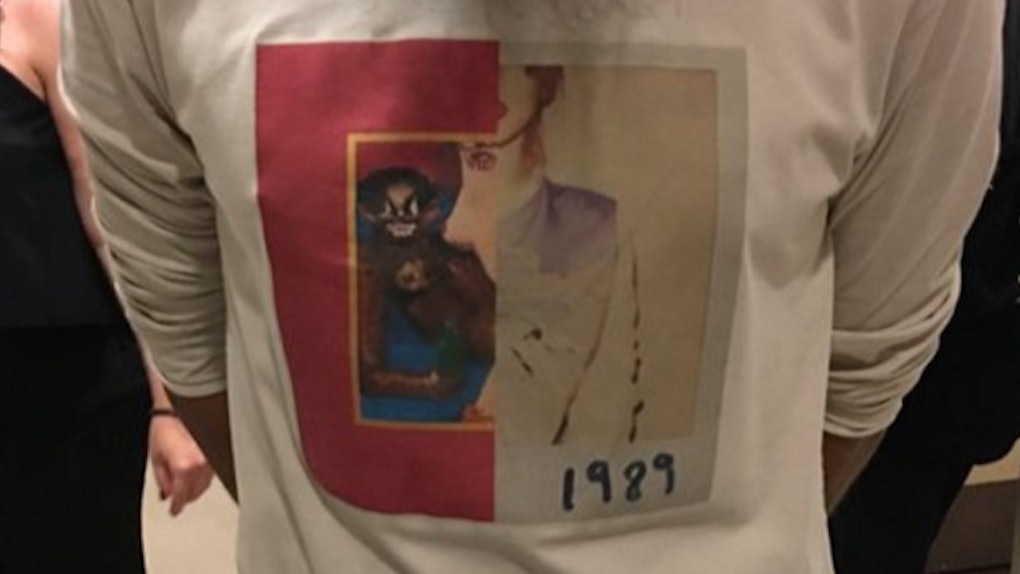 It looks like Kanye West is finally sending a peaceful message to Taylor Swift after the whole Kimye vs. Taylor feud went down this past July.

On the Monday following the 2016 MTV Video Music Awards, the rapper posted a rather odd image on his Twitter page.

Twitter immediately jumped to take sides in this epic feud that's been going on since 2008.

There was significantly less Kanye-Taylor drama at the VMAs last night than many people expected — largely because Taylor wasn't present — but Kanye did give her a shout-out during his awkward four-minute speech.

You know, like, people come up to me like, 'Man, that's right… Take Taylor?' I love all y'all. That's why I called her!

Unfortunately, Taylor is currently fulfilling her civic responsibility at jury duty at the moment, and might be in a court room with poor cell reception right now. So I'm not sure if she got Kanye's message.

Update, 2:49pm: The mystery man with the impressive beard is Kanwer Singh, AKA @HumbleThePoet on Twitter.

He's just a lucky fan with awesome shirt-making skills that Kanye made famous.