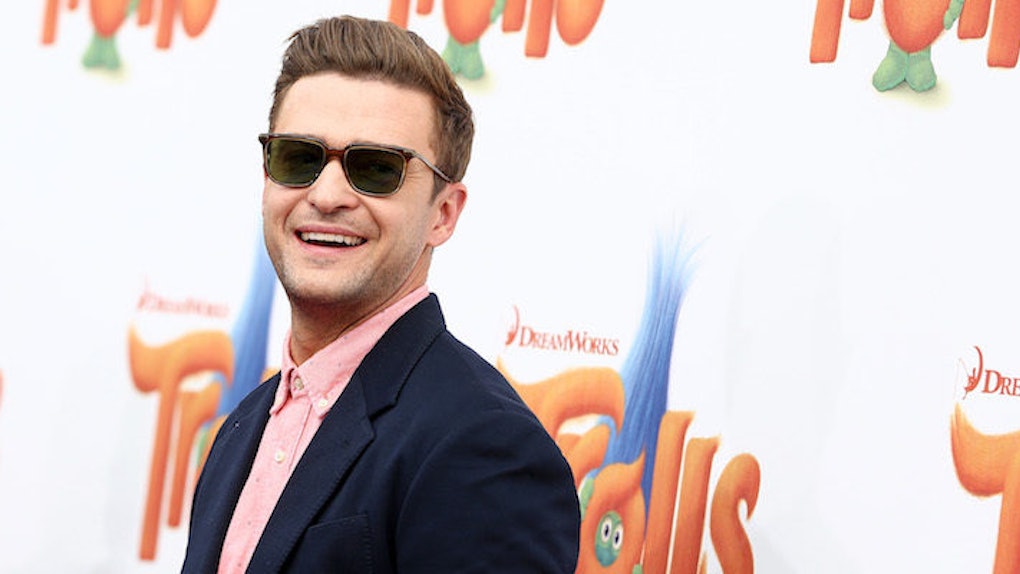 But that doesn't mean it's been easy for me to watch what he's gone through this past year, aka becoming a walking, talking and singing billboard for DreamWorks Animation's next mediocre film.

I mean that quite literally. Did you guys see his Halloween costume?

HE LITERALLY MADE HIS FAMILY INTO A WALKING "TROLLS" ADVERTISEMENT. THAT'S TOO FAR, JUSTIN.

That 1-year-old child has no idea he's being used for the weekend box office right now.

This all started about six months ago, with the release of Justin's new single.

At first, I tried to support "Can't Stop The Feeling." I did.

I could overlook the fact the song and the video were a watered-down version of Pharrell's "Happy." I could do it for that JT charisma.

Hey, not every song needed to be a home run. I figured we could move on from it together. And yes, even though the video is basically "Happy," it's still cute.

But hold on — why is so much of this Justin Timberlake video that's showcasing real people in real places dedicated to tiny furries on a TV?

Then it dawned on me: This wasn't a single. This was an advertisement.

It's been downhill ever since. Now when I try to look for a recent red carpet photo of Justin to feature in my posts, this is the kind of thing I see.

Listen. I don't begrudge Justin for doing movies, nor do I begrudge him for promoting the movies he does.

But I have no interest in "Trolls." "Trolls" looks pretty bad, if you ask me.

"But Anna," you say after scrolling up to check the name of who wrote this article, "it doesn't matter what you think of 'Trolls'! It's a kids' movie, and kids care about brightly colored poop jokes, not coherent plot!"

That is very true. Be that as it may, I am not ready to relinquish Justin to the world of shitty children's films.

Do they even know about the ramen phase?!

Justin, go ahead and collect your $5 million dollar check from DreamWorks, but promise to come back to me right after you do, OK? I can't endure another month of this foolishness.

Because the sooner that film comes out, the sooner I never have to see tiny hairy men on Justin Timberlake's Instagram page again.

(Ugh, who am I kidding, this nightmare will start all over in three months when the DVD comes out.)