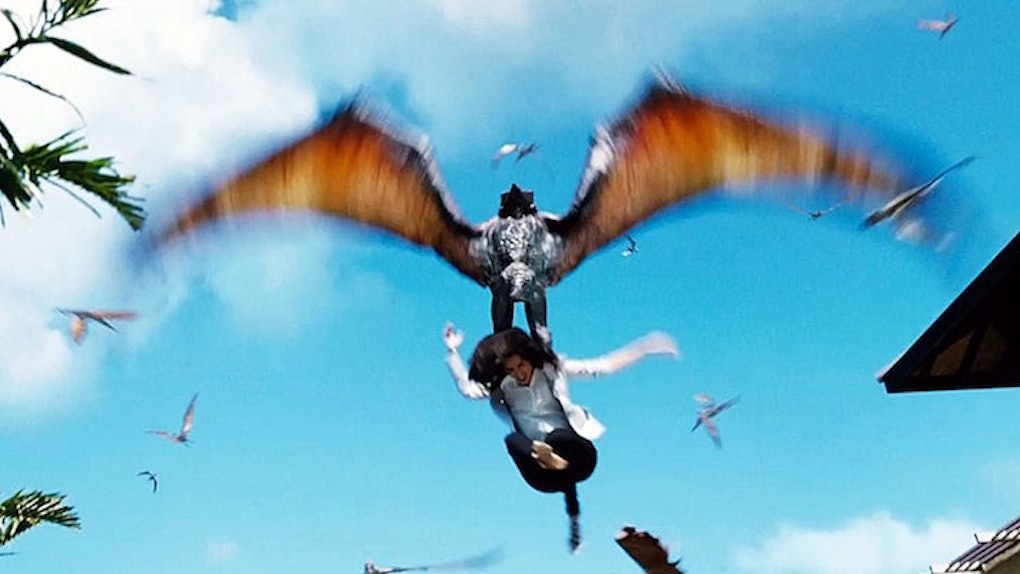 What if I told you that you might be able to experience Jurassic World without putting on a pair of VR goggles?

Well, apparently, you can!

According to Entertainment Weekly, The Franklin Institute in Philadelphia is about to become a new trendy hotspot thanks to its latest addition -- Jurassic World: The Exhibition.

The attraction, which is based off of the Chris Pratt-led film "Jurassic World," allows visitors to "travel" to Isla Nublar, the fictional tropical island that plays host to a tropical dinosaur oasis throughout the movie series.

From there, guests will learn about the history of dinosaurs and even get to experience a T-Rex. No, seriously.

Get closer to dinosaurs than ever before in Jurassic World: The Exhibition! Based on one of the biggest blockbusters in cinema history, the Exhibition immerses audiences of all ages in scenes inspired by the beloved film. Now, the park that was only a promise comes to life… right before your eyes.

The dinosaurs are robotic and were designed by Creature Technology Company along with paleontologist Jack Horner, one of the actual paleontological advisers on the "Jurassic World" film crew.

Sign me up, guys. This would be the coolest place to Instagram a photo from... next to the neon airplane at Burning Man.

Jurassic World: The Exhibition opens on November 25 until April 2017, with tickets starting at $35 per ticket for adults.

That's a small price to pay to bring yourself nothing but pure, dino-filled joy!

On November 25, the Franklin Institute in Philadelphia will change forever (until April 2017).

This isn't the first Jurassic World experience to blow people's minds. The first exhibit opened in Melbourne, Australia back in March.

If you love the Jurassic Park and Jurassic World movies, you're not going to want to leave this wonderful place -- ever.

From the looks of it, even if you're not a diehard "Jurassic Park" fan, this is a must-see.

This video should help fuel your excitement.