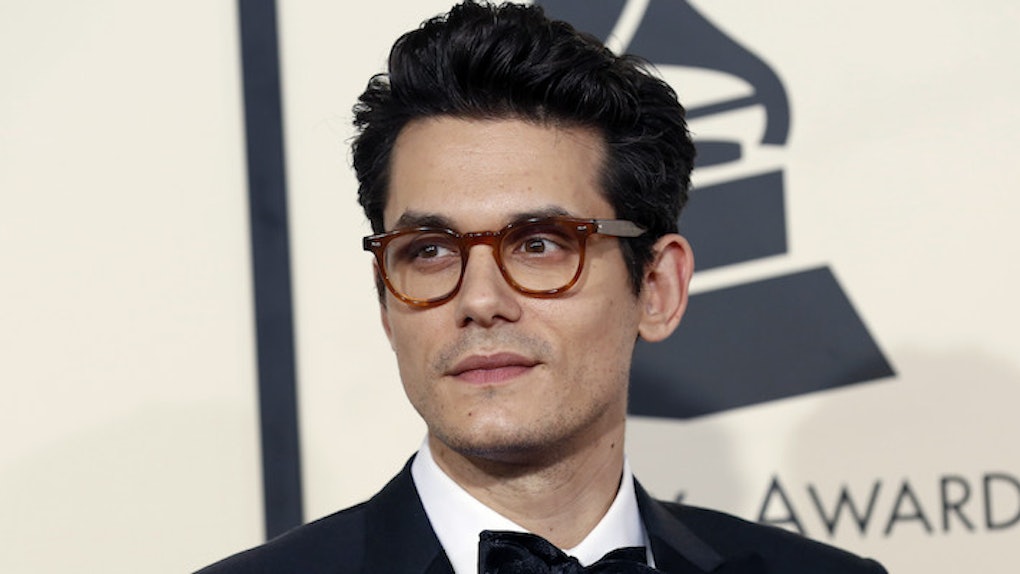 John Mayer Dropped His New Single 'Love On The Weekend'

The last we heard of John Mayer, he was obsessed with Pokémon Go. Then he followed that up by sharing his go-to skincare regimen with the world.

Let's just say John Mayer might want to try being one of those beauty-blogging YouTubers during his downtime!

Finally, John Mayer is taking a break from all things unrelated to music to release new material. In other words, this is the moment we've all been waiting for.

It seems like just yesterday I was cruising down the Westside Highway in Manhattan blasting "Vultures" and every other gem on "Continuum."

The 39-year-old singer and songwriter is bringing the world up to speed on what he's been working on as far as music goes, and fans couldn't be happier.

John Mayer took to Instagram and other social platforms to announce the release of his latest single, off of his upcoming album, titled "Love on the Weekend."

He even jokingly announced a pop-up shop to celebrate the release of the new record with some snazzy merch.

Despite the fact that Mayer has yet to confirm the title of his upcoming album, he has been hinting that it could be named "The Search for Everything." This seems legit!

Finally, the new single was uploaded to YouTube for the world to hear. Warning: This may cause you to believe in magic.

I don't know about you, but I almost forgot real music even existed up until now.

For weeks, months and years, we've been consuming the same kind of crap... but this? This is special! From the production down to the songwriting, everything just flows.

John, from me to you on behalf of everyone who can appreciate real music -- thank you.