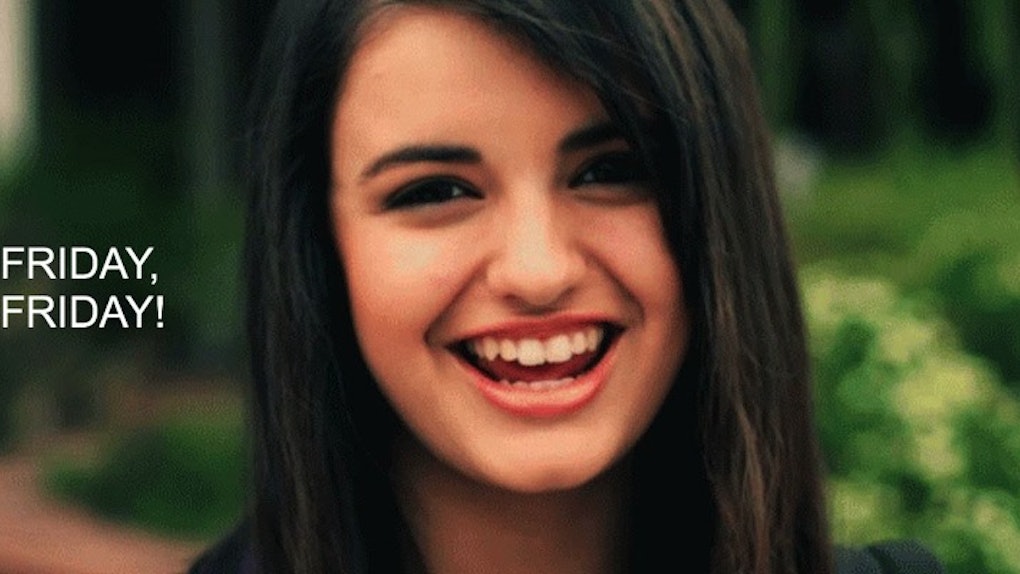 Remember Rebecca Black? Of course you do.

It was only after the release of her viral hit "Friday" that we all realized how crucial Fridays actually are when it comes to our professional lives.

Before then, we were waking up at 8 am instead of 7 am and eating bagels instead of Rebecca Black's suggestion of cereal.

She was just a 14-year-old when she reeled in 166 million views on YouTube with her undeniably catchy hit back in 2011.

TMZ reports that Black was out and about in Hollywood earlier this week looking more grown-up than ever.

Perhaps her greatest contribution to the world (after "Friday") is her Snapchat username, ItsFridayBitch.

That could change really soon, though. It seems like Rebecca Black is getting ready to release new music.

I don't care how much you couldn't stand "Friday." Get your ears ready, guys. Rebecca's making a comeback.

What do you think the new song will be called? I was thinking maybe a depressing song titled "Monday."

Well, probably not. I think Rebecca's completely over all seven days of the week by now.

So, besides new music, it looks like Rebecca's been pretty busy doing a bunch of other awesome things...

She even relocated. Look at all of those boxes she packed. My inner adult is cringing.

It's safe to say Rebecca Black's been keeping pretty busy.

And sure, she may have just only been 14 when she released "Friday," a track that many people would consider the worst song ever made, but she's evidently outgrown that.

We'll just have to wait and see what she's been working on once this mysterious countdown is over.

For now, we'll just have to soak up her "Dark Side of Fame" interview with ABC.