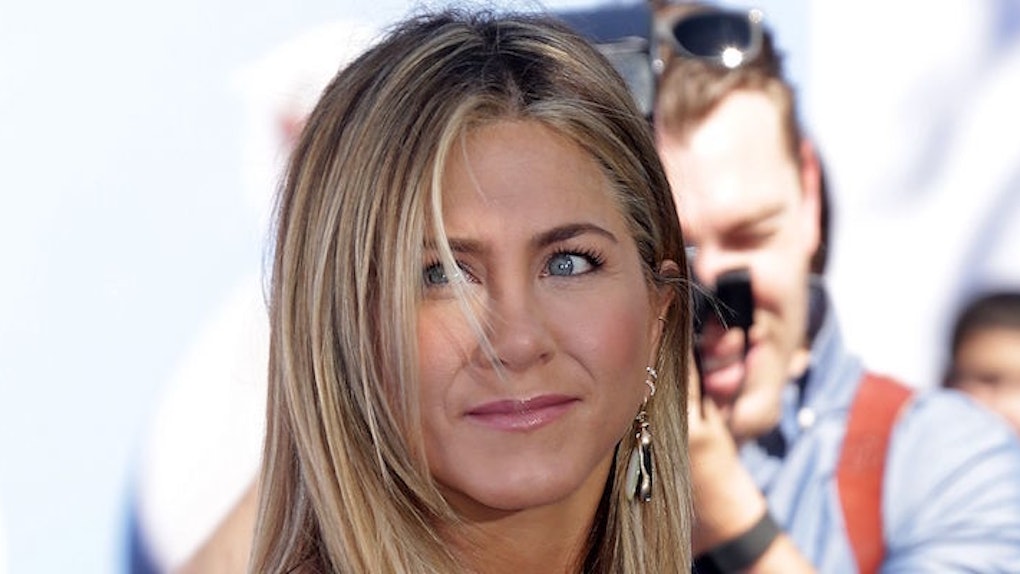 Jennifer Aniston and Brad Pitt broke up nearly a decade ago, and she is currently happily married, so it seems unlikely she gives a what about Brangelina.

But on the other hand, she DID wear this necklace of the evil eye symbol when she went out in public in New York on Monday.

Is that shade? Kinda? Not really?

In case, like me, you have no idea what the heck an evil eye is, other than the face John Francis Daley made in "Freaks and Geeks," allow me to rehash Wikipedia for you.

Basically, the evil eye is a curse you can cast on people to cause them misfortune and harm.

The evil eye curse is an ancient belief spread across a lot of different cultures, most prevalent in West Asia, but also found in Judaism as the concept is mentioned several times in the Old Testament.

The charm Jen is wearing in the photo above actually does not bear the symbol of the evil eye, but a protective talisman to ward off the curse of the evil eye.

The symbol on a necklace and other jewelry has become a popular souvenir item for (white) tourists visiting southern European and Middle Eastern countries.

So that's probably where Jen picked hers up.

Hmmm... so she's wearing a charm to protect her from evil, not to cast it.

I'm going to go out on a limb here and guess Jennifer isn't trying to wish malice on Brad Pitt or Angelina Jolie at all, and is actually trying to protect herself from the bullshit the world is spewing at her right now.

Like, say, harassment over a divorce that is only barely, tangentially related to her. Or people making jokes about her and not even spelling her name right.

It turns out the evil eye was us all along.

Citations: What Is Jennifer Aniston's Necklace Saying About Brangelina? (Refinery29)