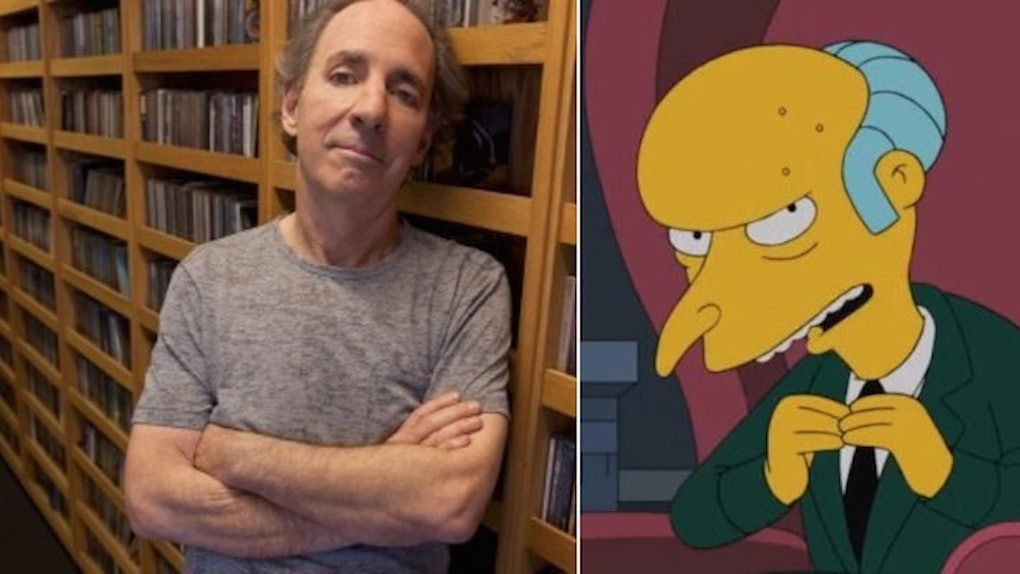 Hallelujah! Harry Shearer Will Be Returning To 'The Simpsons' After All

A couple of months ago, we reported Harry Shearer was leaving "The Simpsons" after 26 seasons on the show.

Shearer provided the voice for many characters on the sitcom including Mr. Burns, Ned Flanders, Principal Skinner and Waylon Smithers.

Now, it turns out we're all in luck because Shearer is no longer leaving the animated powerhouse.

Shearer originally said he was leaving due to a dispute about not being able to do outside work while still on the show.

However, it seems it was all just a big misunderstanding and has since been taken care of. Shearer will be back next season. Woohoo!

"The Simpsons" showrunner, Al Jean, tweeted his explanation of the situation.

I would like to clear up a misunderstanding. I have recently been told that during a period where Harry Shearer believed he had a (MORE) — Al Jean (@AlJean) July 7, 2015

five week free period from the Simpsons, I was unaware of this fact, and did in fact request material from him. If so, my bad. I am (MORE) — Al Jean (@AlJean) July 7, 2015

Shearer weighed in, too.

Said it at the beginning, even truer at the end: thanks to Simpsons fans for your support; wouldn't have happened w/out you! — Harry Shearer (@theharryshearer) July 7, 2015