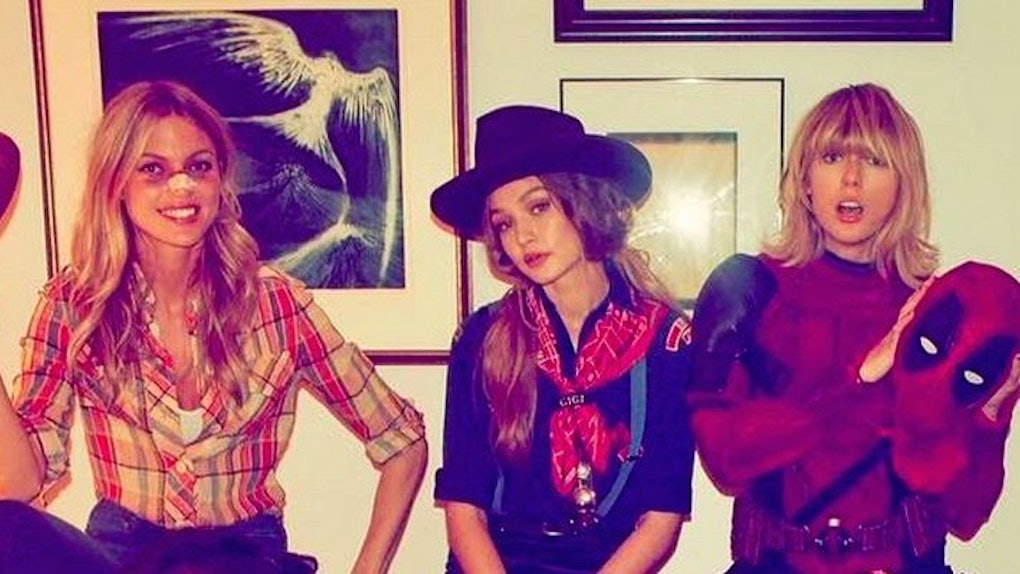 It was a fairly low-key Halloween for Taylor and her squad, which is essentially a 600-person paramilitary group at this point.

They're all working on separate projects, so rather than go out on the town and make a big scene, a large chunk of them opted to spend a quiet night inside.

Don't get me wrong, they were FULLY dressed in costumes that all put whatever last-second ensemble you threw together to shame.

Gigi dished on the event during an appearance on the "Today" Show, where she said,

It was really cool, we were all working so my friend had a little, like, girls' night at her house. We had chips and guacamole and pizza.

We need to unpack two things from this:

1. Gigi casually dropping "my friend" to refer to Taylor Swift is expert-level name dropping. It's name dropping without dropping any names, and I'm giving Gigi a standing ovation for pulling it off.

2. I guess Taylor Swift eats guac and pizza. I honestly didn't peg her as a guac person. She seems like the kind of person who really loves guacamole culture but not guacamole itself, if you get what I'm saying. Like someone who hates beer but visits the Guinness factory when in Ireland.

If you're wondering how Taylor's costume looks sooo authentic, it's because she had a little inside help getting an authentic Deadpool uniform.

She spilled the chimichangas on Instagram, giving a shoutout to Ryan Reynolds for helping her snag a Wade Wilson outfit.

So, you read it hear first! Taylor Swift and Ryan Reynolds are the exact same size.