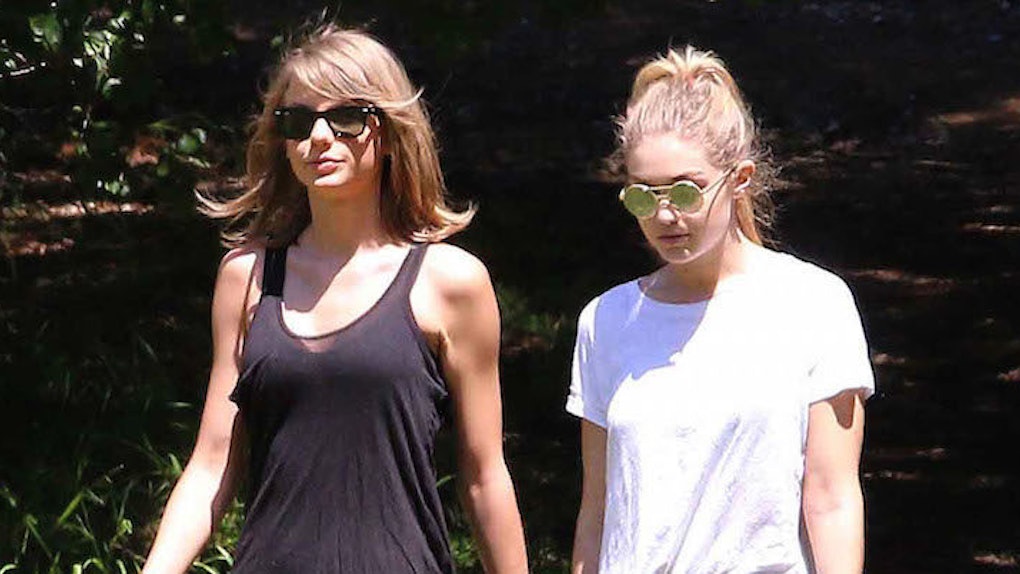 If you're going to tell me you've never dreamed about dating a guy with a British accent before, YOU'RE LYING.

Because you definitely have.

They're pretty much a bunch'a dream boats with sexy slang, good hair and hella good taste in food. What's there not to like?

Gigi Hadid even agrees, and recently admitted she and her bff Taylor Swift (you may have heard of her before) are strong supporters of the British bae.

In an interview with Evening Standard, the 21-year-old model spoke about her relationship with English boyfriend Zayn Malik, and why she and Tay are drawn to British men.

Well I think we both like the British sense of charm.

Ah, yes. We're all suckers for the charm -- step it up, American boys!

Hadid gushed even more about Malik when she began talking about how compatible the two of them are, and it was pretty adorable. She revealed,

Although Gigi and Zayn are going strong after a year of dating, Taylor and her British boo thang split a few weeks ago --  but we can't blame her for falling so fast and hard for Tom Hiddleston's dreamy English allure.

We're not worried, though. Taylor could have a new boyfriend by dinnertime tonight, if she wanted to, and you better believe he'd have the charm she's looking for.

Citations: Gigi Hadid reveals what she likes most about Zayn Malik... and her love of UK food (Evening Standard)