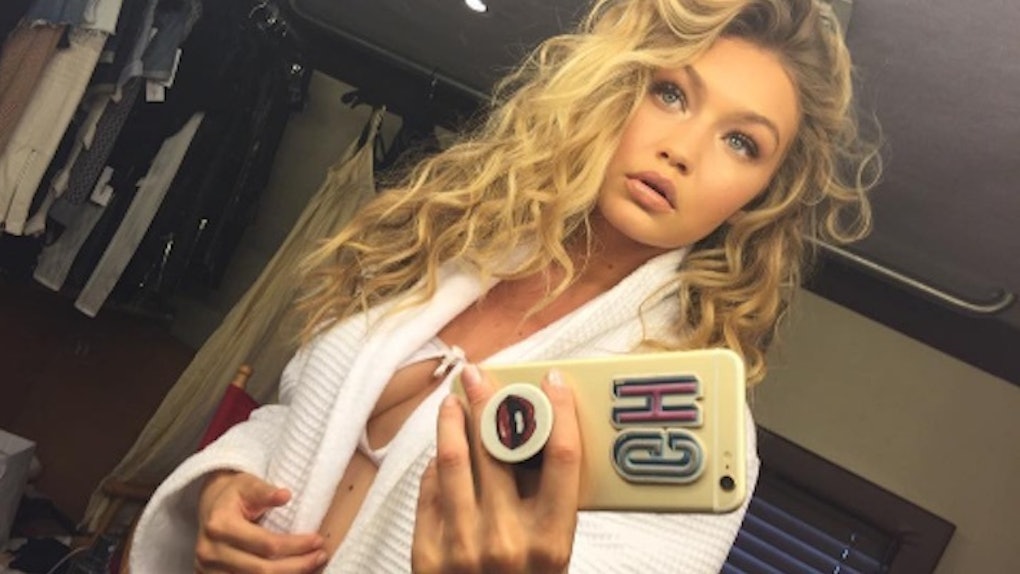 Gigi Hadid Sends Message After Her Attack: 'You Have The Right To Fight Back'

Last week, Gigi Hadid was leaving a Max Mara show in Milan when Ukranian “prankster” (read: career douchebag) Vitalii Sediuk ambushed the model and lifted her off the ground.

A video of the assault shows Gigi freeing her arms of Sediuk's grasp and elbowing him, after which he fled.

In a recent Lenny Letter, the 21-year-old spoke to Editor Lena Dunham about her instinct to fight back. Gigi said her initial reaction was, “Get me out of this situation,” and her muscle memory — from years of athletic training — helped her do so quickly.

I played volleyball, and my coaches talked about muscle memory. I started boxing two years ago and I always remembered that. Since then, I hadn't been in a situation that forced me to fight back, but it just came out when he grabbed me — it wasn't a choice. I do have that fighter in me.

After the video surfaced last Thursday, some members of social media and one journalist, in particular, criticized Gigi's actions as “aggressive” and “not model behavior.”

Despite backlash pinning the blame on Gigi, the victim of the unwarranted physical bombardment, many fans came to her defense, primarily women who are all too familiar with the reality of having to fend off unsolicited, potentially threatening interactions.

Gigi hopes her behavior will influence other women to provide themselves with the training they need when they find themselves at the mercy of an entitled and potentially violent attacker.

I felt I was in danger, and I had every right to react the way I did. If anything, I want girls to see the video and know that they have the right to fight back, too, if put in a similar situation. Practicing self-defense is important so that when you're in the moment, reacting from muscle memory comes more naturally to you than freezing up. Confidence in your own ability to defend yourself comes with educating yourself about it, and is a massive advantage when in an unsafe situation.

The social media star added how "empowering" it feels "to be able to defend yourself."

It was just what I had to do.

Citations: Gigi Hadid Will Not Accept Street Harassment, and Neither Should You (Lenny Letter)