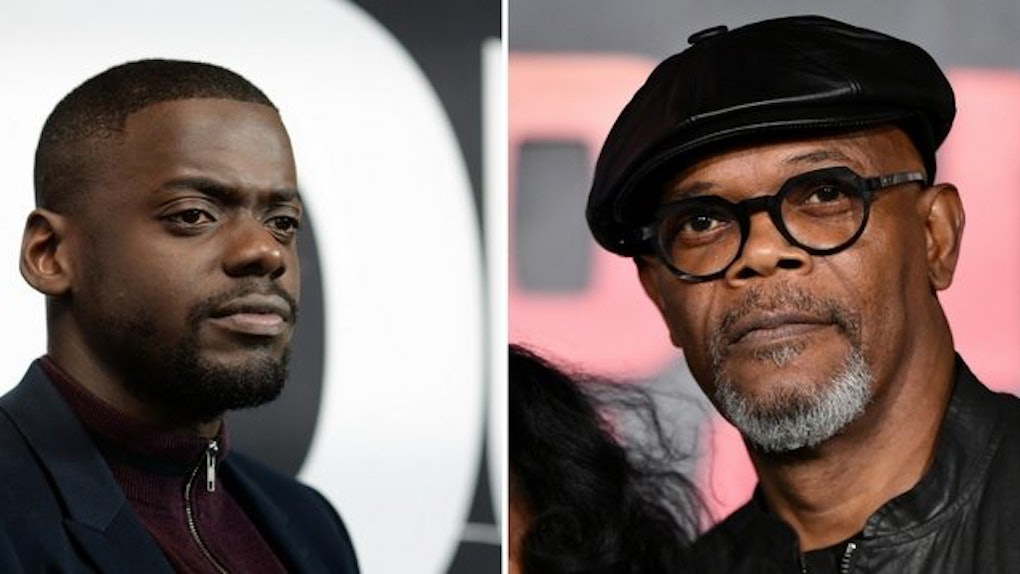 'Get Out' Star Responds To Samuel L. Jackson's Criticism

It's pretty much impossible to find something to hate about the out-of-nowhere box-office smash and critical darling "Get Out."

The woke thriller has being praised by pretty much everyone who's seen it for its brilliant writing, masterful performances and even surprisingly sharp humor. But there is one famous viewer who did find something he would've changed in the movie.

Samuel L. Jackson caused a stir last week when he appeared on a New York radio station and said he took issue with British actor Daniel Kaluuya playing the American character of Chris in the movie.

Jackson's argument was basically that, in "Get Out," Chris experiences specific, nuanced forms of racial tension that Jackson believes are unique to the African American experience, and he says he would have been interested in seeing how an American actor would have interpreted the unsettling circumstances presented in the movie.

Well, Kaluuya has heard Jackson's critiques, and he has something to say.

The breakout actor opened up about the controversy in a new GQ profile, saying that although he wasn't raised in America, he's still experienced racism and been made to feel like like an outcast because of his dark skin, which is exactly what Chris had to deal with in "Get Out."

It's this notion of feeling "other" that Kaluuya argues is most central to the role, and it's something that he says he's had to deal with his whole life due to his Ugandan heritage, his British nationality and his dark skin color.

When I'm around black people I'm made to feel 'other' because I'm dark-skinned. I've had to wrestle with that, with people going 'You're too black.' Then I come to America and they say, 'You're not black enough.' I go to Uganda, I can't speak the language. In India, I'm black. In the black community, I'm dark-skinned. In America, I'm British. Bro!

Kaluuya also responds to Jackson's insinuation that race issues aren't as big of a problem in the United Kingdom as they are in the US. In his critique, Jackson had stated that interracial dating wasn't an issue at all in Britain.

Daniel grew up in a country where they've been interracial dating for a hundred years. Britain, there's only about eight real white people left in Britain.

Kaluuya pointed out that there's been a ton of race-related struggles in the history of his home town of London, even as recently as the 2011 riots, but the stories of these events don't make it into the mainstream media as regularly as they do in America.

In the end, Kaluuya summarized his thoughts on the issue as this: He's experienced trauma as a black person, and now he's telling a story about another black person who is also experiencing racially motivated trauma. He concludes by expressing his distaste for the controversy:

I resent that I have to prove that I'm black.

Whatever side you fall on with this tricky issue, one thing is clear: Daniel Kaluuya had an absolutely incredible performance in "Get Out." If you still haven't seen that movie yet... go see it.

Citations: Get Out Star Daniel Kaluuya: "I Resent That I Have to Prove I'm Black" (GQ)