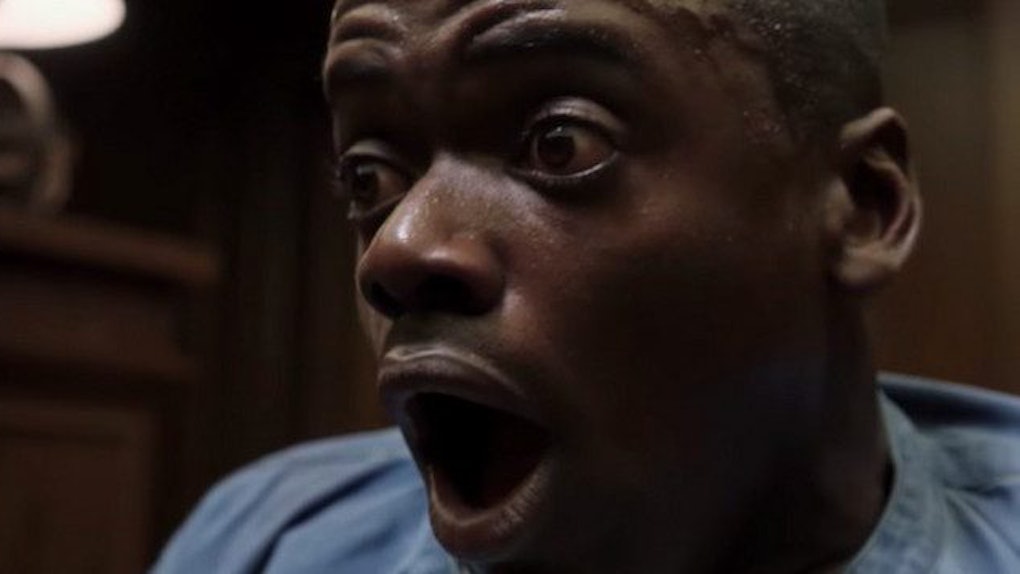 The 'Get Out' Challenge Is The Latest Social Media Craze

Jordan Peele's woke thriller "Get Out" is pretty much the only movie anyone is talking about right now.

Seriously, I feel like the first thing all my friends did after seeing "Get Out" was text me to to see if I'd seen "Get Out" yet. In fairness, I've been bugging everyone I know to see it ever since I saw it, too — it's just that great!

And as if dominating the box office and every conversation about movies or race for the past month wasn't enough, the film is also taking over social media thanks to a new viral challenge.

In the spirit of the psychological thriller, the #GetOutChallenge involves fans of the movie running toward the camera at full speed before turning away at the last minute. Check out an example of the challenge below.

For those of you who haven't seen "Get Out" yet (side note: go see it!), the social media challenge is inspired by a memorable scene in which the disquieting groundskeeper, Walter, rushes at the protagonist, Chris, in the middle of the night, and then swiftly turns away right before it seems like he's going to charge into him.

And the challenge is also reaching celebrities. NBA star Steph Curry posted his own #GetOutChallenge while running from the locker room to the court before a game.

But not everyone can hit that 90 degree turn at full speed like Walter can. Some of the funniest #GetOutChallenge videos are the fails, where people wind up slipping and falling.

I won't spoil the movie for you because there really is a monumental twist ending that you've got to see for yourself, but anyone who's seen the movie already knows "Get Out" is filled with enough instantly iconic scenes to inspire tons of different challenges.

For instance, Instagrammers could sit completely still and just start crying without moving their faces, or creepily approach the camera saying "no" a bunch of times.

Those are just a couple of pitches.

Anyway, just be sure to have some shoes with good grip if you plan on trying out the #GetOutChallenge, and if you still haven't seen the movie for some dumb reason... rethink your priorities.