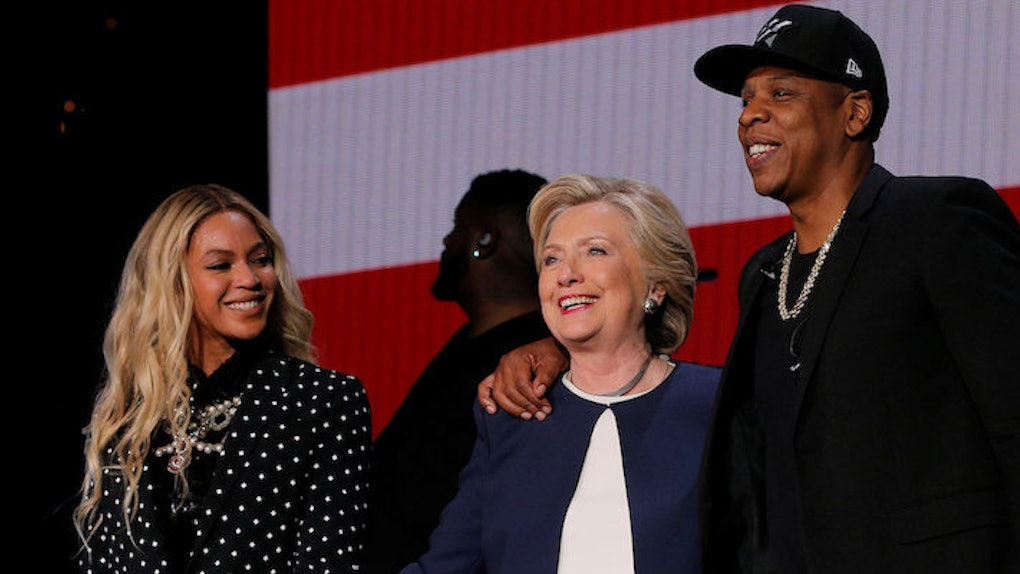 On Election Day, These 21 Celebrities Are Rocking The Vote

Ladies and gentlemen, we've finally reached the final days of the 2016 US presidential election.

With Election Day just hours away, we're pretty damn close to finding out who our next president is going to be.

This can only mean one thing and one thing only: Your Instagram feed is overflowing with your favorite celebrities supporting their favorite presidential candidates.

While we're already familiar with names like Katy Perry, Amy Schumer, Beyoncé and Kim Kardashian showing their support for Hillary Clinton and stressing the importance of voting to their vans, there are a bunch of other stars publicly expressing their political stance.

Time and time again, Katy Perry showed her support for the Democratic presidential nominee. Not only did she perform at various rallies in favor of Hillary Clinton, but she also performed at the DNC.

In addition to her musical performances, the 32-year-old singer has also posted countless photos on her Instagram account showing the world how "with her" she really is.

The latest celebrities to issue their stamp of approval for Hillary Clinton's presidential campaign? Beyoncé, of course! The 35-year-old star joined husband Jay Z in Ohio for a free get-out-the-vote concert.

It's safe to say Clinton's got all of the star power she needs to get the job done in Washington.

So, which other celebs are out there rocking the vote this election? A few of them just might surprise you...

Looking up to these celebrities for their political awareness is normal, but don't forget to take a stand on your own, form your own opinion and support what YOU truly believe in on Election Day, America...