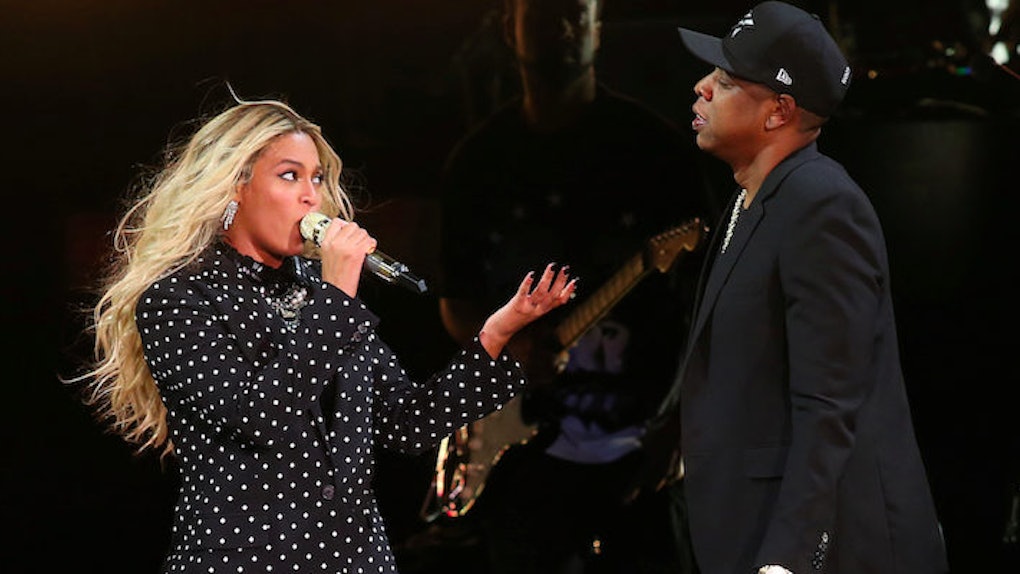 In the final days before Election Day, Hillary Clinton put together a master plan to sway Millennial and African-American voters before it's too late.

Let's face the facts here, people -- Donald Trump could very well win the election. That's why Hillary needed to pull out all the stops and make sure her master plan was infallible.

Now, this wasn't just ANY master plan... The Democratic presidential nominee tapped stars like Jay Z and Big Sean. But can you really call it a "master plan" if it doesn't include Beyoncé?

I mean, just think about it. If you were running for president and you had to call one ONE person to help influence the election in your favor, who you gonna call (and don't say "Ghostbusters," either)?

...Beyoncé! EXACTLY. That's why she's Hillary's secret weapon to get the job done.

The 35-year-old singer joined her husband Jay Z, Hillary Clinton and others in the battleground region of Cuyahoga County, Ohio.

The free get-out-the-vote rally concert took place at Cleveland State University and boy did Beyoncé set the stage on FIRE!

Lucky Ohioans had the chance to jam out to tracks like "Freedom" and "Formation" with Queen Bey.

Let's take a closer look, shall we? Yup, that's a pantsuit!

As expected, Twitter completely lost it when Beyoncé finally hit the stage.

Can you blame them? She killed it!

The entire event was dreamlike (probably because it was free AF).

After Bey's electrifying performance, Jay Z shared some wisdom with the people.

He even told everyone WHY he couldn't have Donald Trump as his president.

Finally, it was time for HRC to steal the spotlight.

Hillary spoke about Jay Z and all of the important issues he's addressed in his music over the years.

Beyoncé didn't leave off without delivering an important message to Ohio and to the rest of the country...

Thanks for the memories, Beyoncé. Now, it's our turn.