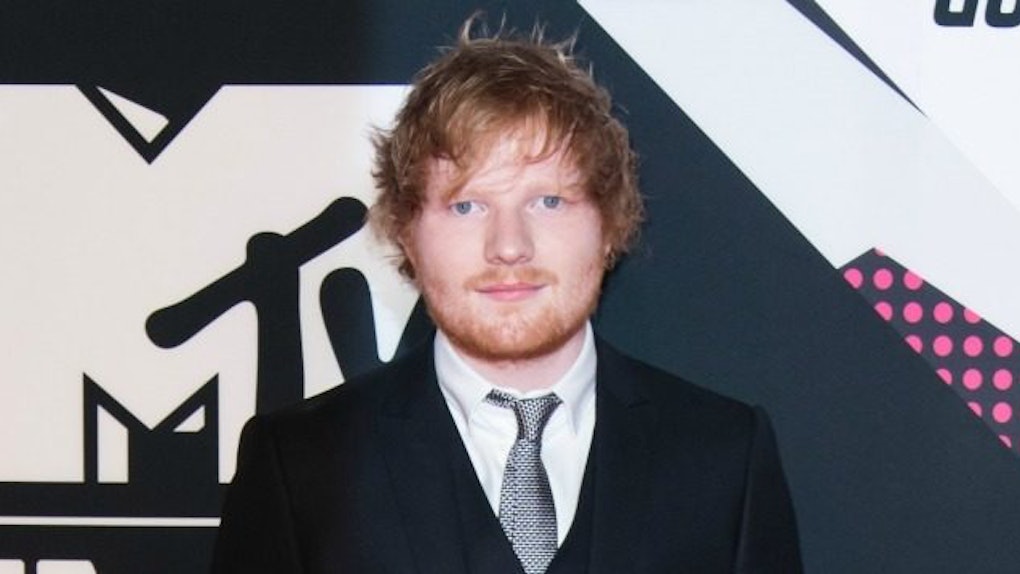 I respect and admire Ed Sheeran, but I cannot in any way, shape or form condone his method of losing weight.

The singer, who recently dropped two new tracks that are currently burning up the charts, joined "The Breakfast Club" Friday morning to talk about his year away from the business.

During his self-imposed exile, Sheeran apparently traveled the world quite a bit, which is awesome.

However, the 25-year-old also revealed his time away from touring and performing caused him to gain a pretty substantial amount of weight.

I doubled in size. Sweatpants were the only things that fit and I thought everything had shrunk in the wash, but it hadn't.

Damn. That's a pretty shocking revelation for the British singer/songwriter to have to come to.

Sheeran apparently shed that weight, though, and he did so by cutting out one distinct thing from his diet.

It was the beer. Well, I'm back on beer now, because I'm fine, but I cut out beer for a bit and started exercising which was quite weird. I didn't realize how much I burned on stage. I stopped touring and I just ballooned instantly.

Sorry, Ed, but you couldn't pay me enough money to cut out beer from my life.

Beer is the nectar of the gods, and I don't fuck with anyone who says otherwise.

I don't care how much weight I'll never lose in life, there's no way I'm giving up on my best friend.

As far as his travels in 2016, Sheeran went from the Far East to Africa.

Speaking on the various locations he visited, the 25-year-old said,

I've been to Japan, but you know, for me, Japan was a Tokyo hotel. I wanted to see the actual country. I went to Ghana, spent like a month in Ghana, which was nice. Spent like two weeks in Iceland. Australia... I went to places I wanted to go to, because when you tour, you pretty much see a hotel room, a venue, a bar, and you never really see the country.

I'm all for traveling the world and seeing awesome stuff, but there's no way I'm doing it without beer.

Citations: Ed Sheeran Says He Lost 50 Pounds By Cutting Out This One Thing From His Diet (E! News)