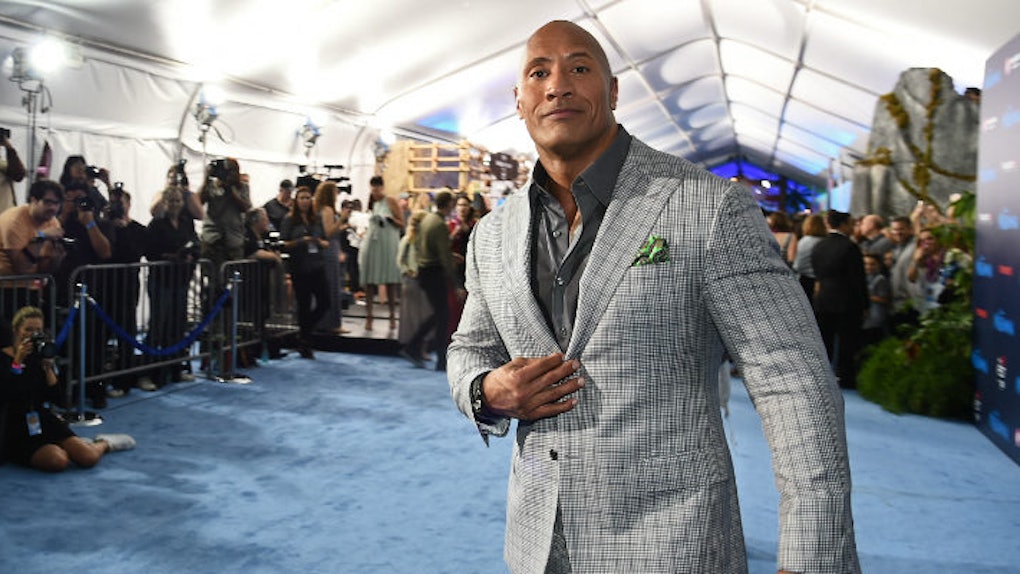 It's official. The Mannequin Challenge has swept the nation.

Everyone from your besties to your testis are doing it. ("Testis" are what we call teachers, because they give us tests.)

And now, people in Hollywood are obviously catching on to the trend. That includes this year's Sexiest Man Alive, Dwayne "The Rock" Johnson.

This makes this challenge different. Instead of your ol' regular Mannequin Challenge, the Sexiest Man Alive is the sexiest MAN-nequin alive.

Dwayne Johnson takes the challenge and adds three scenes of filmed freeze tag instead of one. I'm taking points off for not controlling his gaze though.

Listen, I have to critique him. He was just named SEXIEST man alive -- I don't want him getting a big head.

First, the actor and former asker of the question "Do you smell what The Rock is cooking?" poses for his shot for his new title, then freezes behind-the-scenes of "The Ellen DeGeneres Show."

He wraps it all up with his red carpet premiere for the new Disney movie "Moana."

Yes, that is YouTuber Lilly Singh lunging for him.

ET spoke with the 44-year-old star before the title of "Sexiest Man Alive" was released. He said,

If I were to be named the Sexiest Man Alive, how would I feel? I would feel great. I would feel cool, and that's an awesome thing.

Sadly, I will never know what it's like to be the Sexiest Man Alive for I am a woman... and I am also a ghost.

Uh, wait. Hold up. His talking about pickup trucks and his just being there for his daughter just made him sexier?