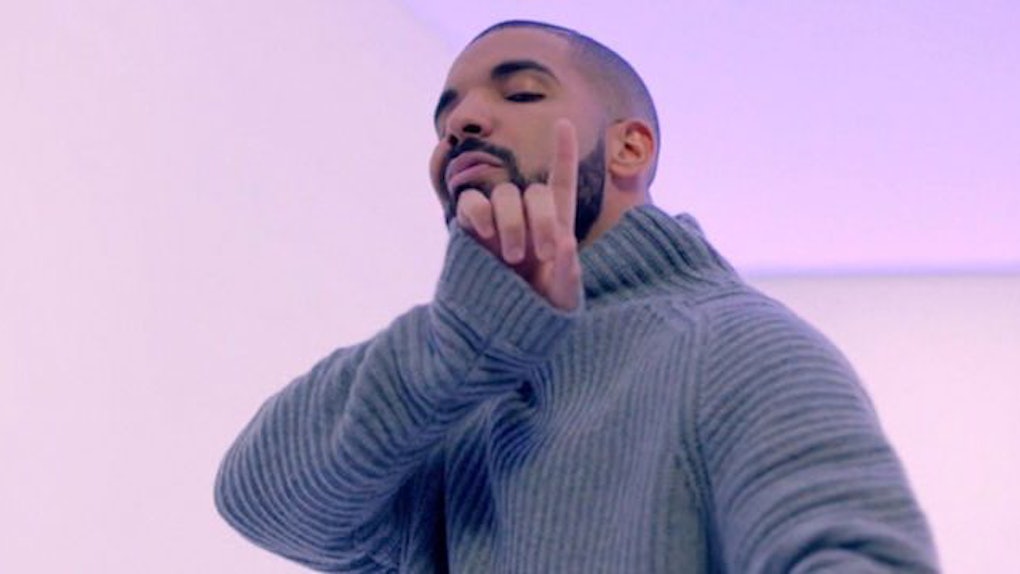 Drake Had Three Cars Deliver Domino's Pizza After His Show

Drake was not at the 2017 Grammy Awards this weekend, but he was apparently eating three carloads worth of pizza.

So who's the real winner of the night, hmmm? A Grammy doesn't come with extra cheese and garlic butter crust... I'm just saying.

Metro claims Drake placed the order after his concert at Manchester Arena in the UK. The many, many pizzas were reportedly transported in three cars and carried out by 10 workers.

Damn, Drake. You know that much cheese is bad for digestion, right, bro?

Despite being nominated for eight Grammys this year, Drake decided to skip the show and instead performed in Manchester on his Boy Meets World Tour.

In fact, he was busy partying at a Manchester club on Sunday night when "Hotline Bling" won Best Rap/Sung Performance and Best Rap Song.

Drake was one of several prominent musical artists to skip the Grammys this year.

Kanye West didn't show up because he said he would boycott if Frank Ocean didn't get nominated.

(However, Kris Jenner says it's because of New York Fashion Week, but never believe Kris Jenner about anything.)

Frank Ocean didn't get nominated because he didn't submit his album for consideration out of protest.

I think the infrastructure of the awarding system and the nomination system and screening system is dated. I'd rather this be my Colin Kaepernick moment for the Grammys than sit there in the audience.

Then we found out Drake and Justin Bieber weren't going.

According to TMZ, Bieber skipped because he doesn't think the Grammys are "representative or relevant."

Drake's motive for missing the show isn't clear. Maybe he was protesting. Maybe he just didn't feel like flying all the way across the ocean just to sit in a folding chair for four hours.

We do know one thing, though: Drake probably farted a lot today. I think that's just a fact.

Citations: rake orders so much Domino's after gig it is delivered in three cars Read more: http://metro.co.uk/2017/02/13/drake-orders-so-much-dominos-after-gig-it-is-delivered-in-three-cars-6444949/#ixzz4YaWHD6pW (Metro)