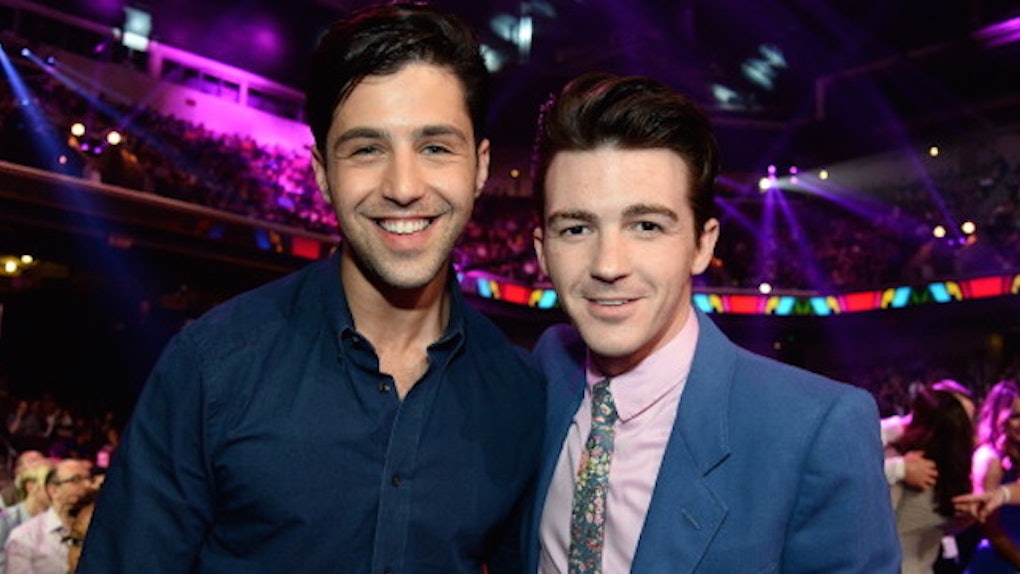 Drake And Josh Memes Are Taking Over The Internet

So by now, you have probably felt the crushing weight of the realization Josh Peck did not invite Drake Bell to his wedding last weekend in California. I, myself, am still recovering from the initial shock of the news, but I think I'll be OK.

The story came as a pretty big surprise to everyone, especially considering the two had shared photos of them together on Twitter and Instagram just last week.

Naturally, Drake's invitation getting "lost in the mail" did not sit well with people. So, of course, this being the internet, a ton of new memes have been spawned over the past week to bring some levity to the fact our favorite brotherly duo isn't as brotherly as we once thought they were. I've done you the courtesy of bringing a few of them together in one place for your convenience.

There's this one, which seems to imply Josh Peck will not touch the floor because it is Drake Bell:

And this one, which suggests Josh Peck is actually a snake:

This one is especially hilarious considering Josh's preoccupation with Queen Oprah on the show:

And these ones will never not be funny because let's face it, Megan was the best character on Drake and Josh:

This one indicates Drake Bell is Squidward watching Patrick and SpongeBob as guests at Josh's wedding have a grand ole time:

And this one suggests Drake purchased a portable cell phone charger so his phone won't die while he waits for Josh's wedding invitation to come through:

There are even some people out there who have taken Drake Bell's subtweet @ItsJoshPeck and turned it into a meme:

It's going to take a while before we're fully over this whole Drake and Josh drama, but at least these memes will help, right?