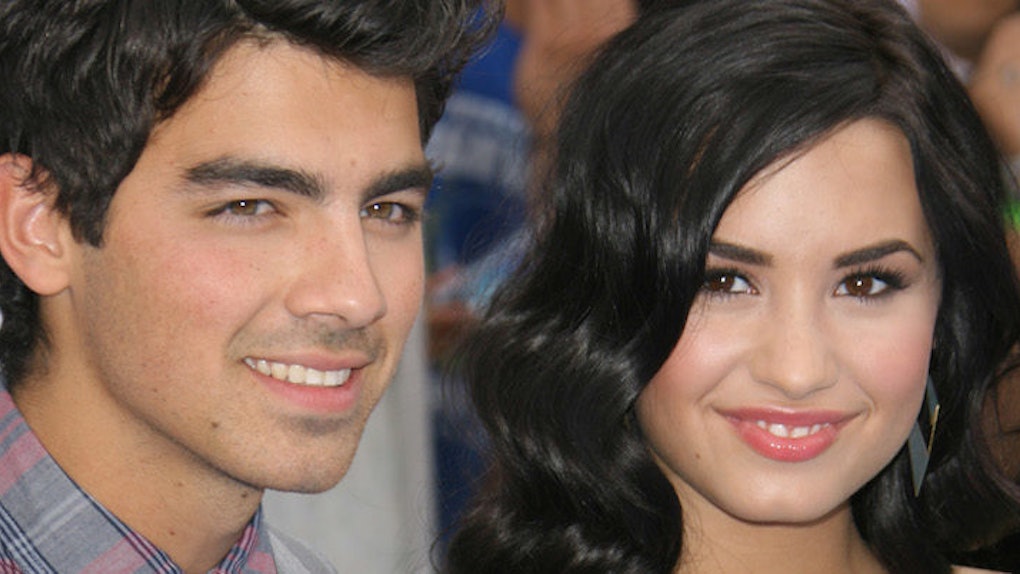 Why is it that celebs all of a sudden have no idea how elevators work?

Imagine your worst fear. Is it heights? Being covered in bugs? The dark? A clown doing creepy clown shit in your room late at night?

How about being stuck in a tiny closet-sized space for an ungodly amount of time with someone you broke up with years ago. I don't know about you, but I would rather not be alive than suffer that fate.

That's exactly how Joe Jonas and Demi Lovato spent their Thursday in LA, though. The ex-couple, who dated back in 2010, somehow managed to get stuck in the same LA elevator for four hours, and although I'm sure they're friends now, it seems like a hellish ordeal.

The event was captured on Joe's Snapchat where he showed other bystanders, including a few DNCE band members, who were stuck in the elevator with them.

Joe and Demi aren't even the first celebs in recent memory to find themselves stuck inside of an elevator. Getting stuck inside of a thing with automatic doors and pre-designated stops and documenting it on Snapchat is Hollywood's latest craze.

Kylie Jenner, Kendall Jenner, Hailey Baldwin and Jordyn Woods all got stuck in an elevator during New York Fashion Week.

Of course, the whole thing made its way onto all of their Snapchat stories.

"Kendall stuck in an elevatorrrrr" (set to the tune of "Love in an Elevator" by Aerosmith).

The FDNY eventually found a way to break the door down and get the car full of models out.

Even the aftermath made its way onto Snapchat.

Very excited to see who the next major Hollywood celebrity to get trapped in an elevator is.

Citations: In close quarters Friendly exes Joe Jonas and Demi Lovato get stuck in an elevator together for four hours before LA concert (Daily Mail)