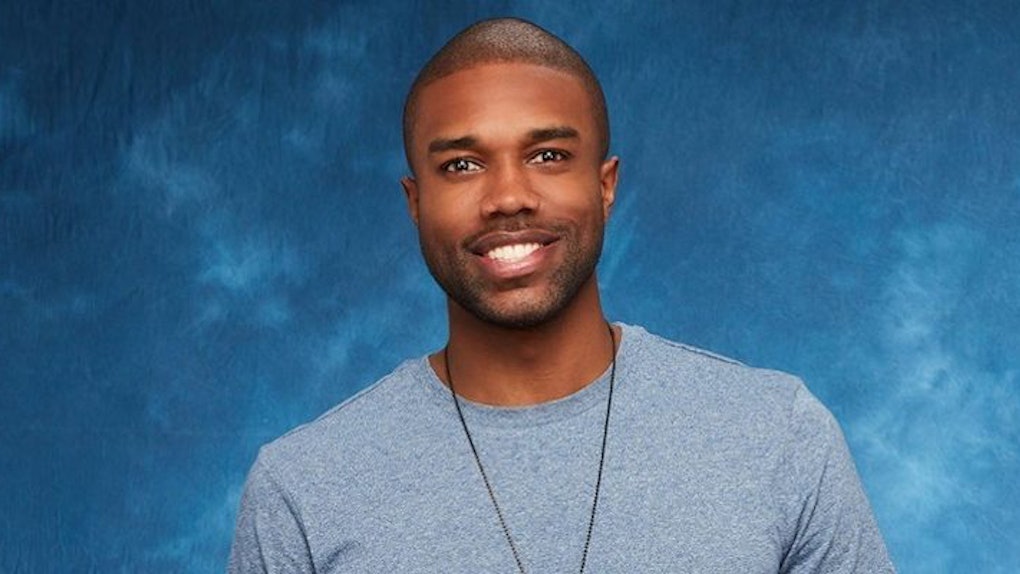 On Sunday, June 11, Bachelor Nation was completely blindsided with news that production for the upcoming season of Bachelor in Paradise had been suspended indefinitely due to allegations of "misconduct," according to Warner Bros.

Regarding the allegations, Warner Bros. released the following statement to Elite Daily:

When the news first broke, a source claimed that the two contestants reportedly involved were Corinne Olympios and DeMario Jackson, according to Entertainment Tonight.

Today, in a statement to E! News, DeMario, a previous contestant on Rachel Lindsay's season of The Bachelorette, said,

Yesterday, DeMario also opened up briefly about the incident, but didn't reveal much.

He was spotted out and about on Tuesday, June 13, where, in a video obtained by ET, he said, "I have nothing to say. You know, Corinne's an awesome girl and that's all I have to say."

He was also asked if he had anything to say to his fans, to which he replied, "Love you all. Thank you for the support."

Earlier today, Corinne, a previous contestant on Nick Viall's season of The Bachelor, also responded to the Bachelor in Paradise incident. In a statement to TMZ, she said,

I am a victim and have spent the last week trying to make sense of what happened on June 4. Although I have little memory of that night, something bad obviously took place, which I understand is why production on the show has now been suspended and a producer on the show has filed a complaint against the production.

As a woman, this is my worst nightmare and it has now become my reality. As I pursue the details and facts surrounding that night and the immediate days after, I have retained a group of professionals to ensure that what happened on June 4 comes to light and I can continue my life, including hiring an attorney to obtain justice and seeking therapy to begin dealing with the physical and emotional trauma stemming from that evening.

While there are varying reports of exactly what happened during filming that caused production to be suspended, ET reports that a source claims the alleged incident took place in a pool after both Corinne and DeMario had been "drinking all day."

The source then told ET that one of the producers on set was "uncomfortable" with what played out in the pool:

Everyone is just going about their business. Cameras are rolling. Producers are everywhere. That's when a 'third party' felt uncomfortable, claiming misconduct in the workplace. As of right now, production of Paradise is suspended indefinitely, and they are sending everyone home and telling everyone else to stay home.

However, details of the alleged sexual misconduct that occurred on set have not been confirmed by Warner Bros. at this time.

Bachelor host Chris Harrison has since released a lengthy statement on the matter, which you can read in full below:

By now, no doubt, you have heard that we have suspended production on this season's Bachelor in Paradise. I can confirm to you that this is sadly the case. Out of respect to all involved, there's only so much I can and will say at this time. Normally with a situation like this I would not say anything until the incident is fully resolved, but with all the rumors and misinformation being put out there, I don't find that to be possible anymore. Let me start by saying the safety and care of the cast and crew of our show is of the utmost importance to us. It is with this thought in mind that we made the decision to suspend filming. An investigation into the situation was started immediately. Warner Bros. is handling the details of that investigation. They're moving quickly to gather all the facts, and once that's done, a clear, concise decision can be made about where we go from here. There are a lot of competing details in the various press accounts of the incident. And there's a lot of misinformation out there too. We urge everyone to be patient until the investigation is complete. I know in this day and age we want — and even expect — immediate answers, but in this case, it's just not possible. So again, I urge you to please be patient and respect the privacy of the parties involved. I will keep you as informed and up to date as I possibly can. We're sorry for any inconvenience and disappointment this may have caused the cast, the crew and our loyal fans. It is my sincere hope that we can come to a quick resolution on this and get back to work very soon.

Hopefully, for the sake of everyone involved, the matter is handled swiftly and gracefully.